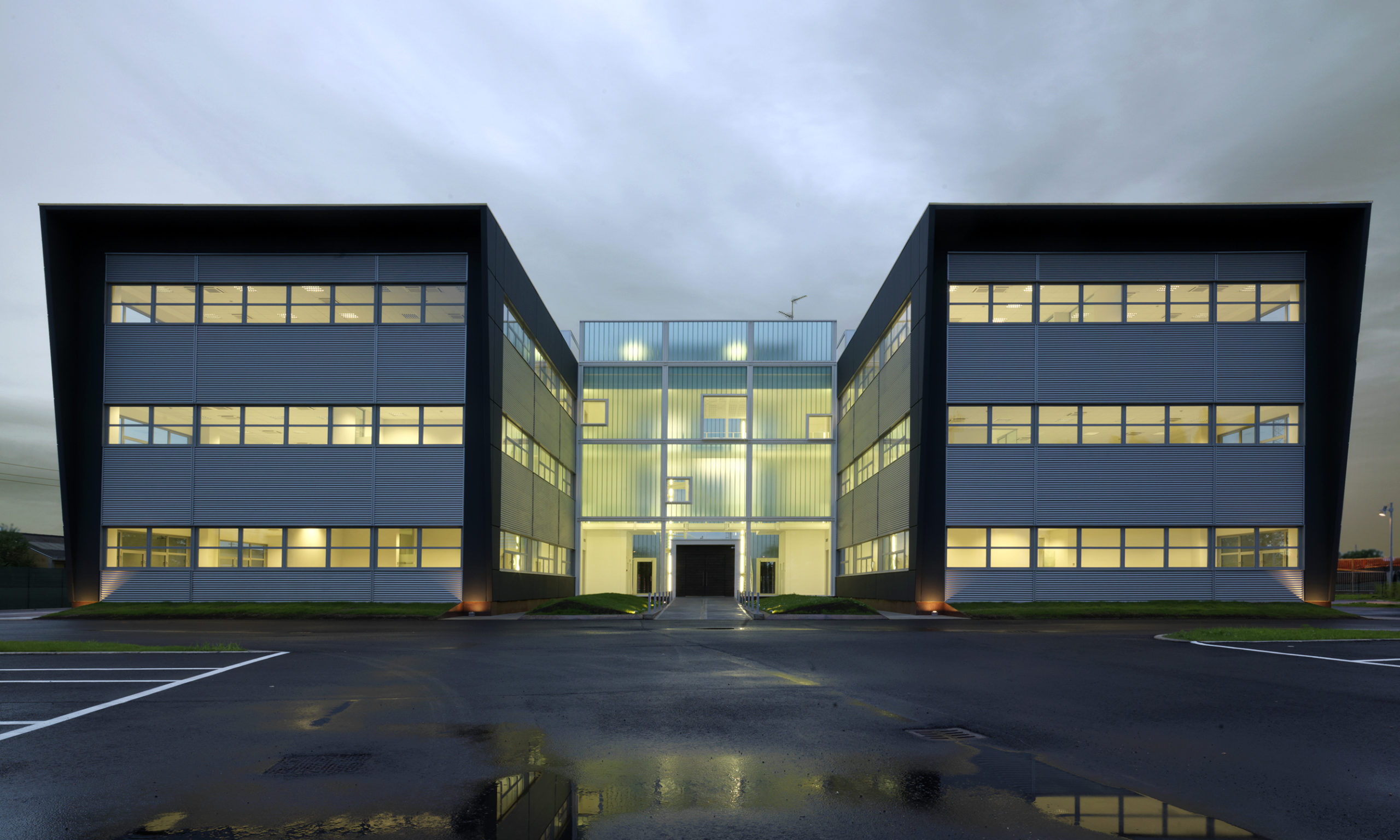 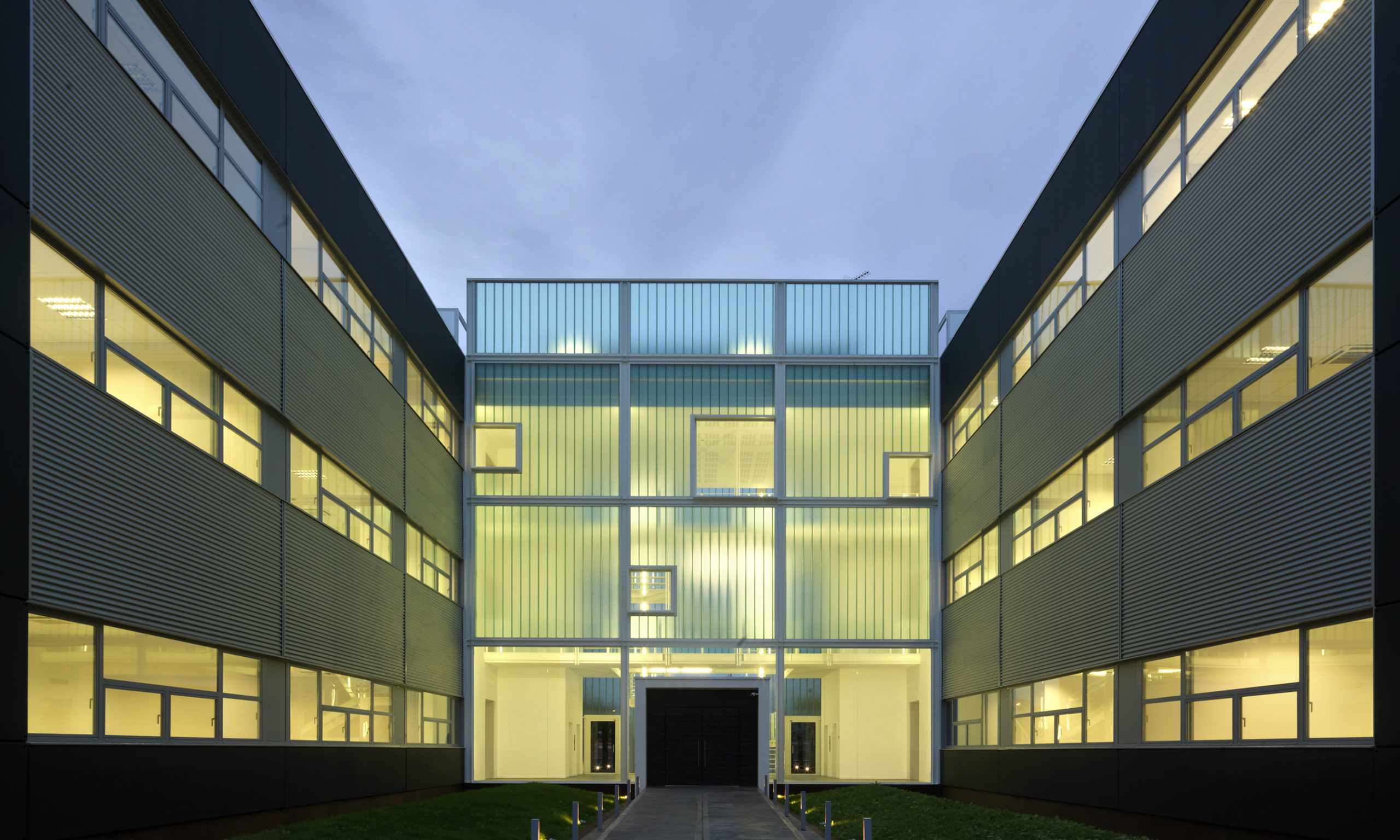 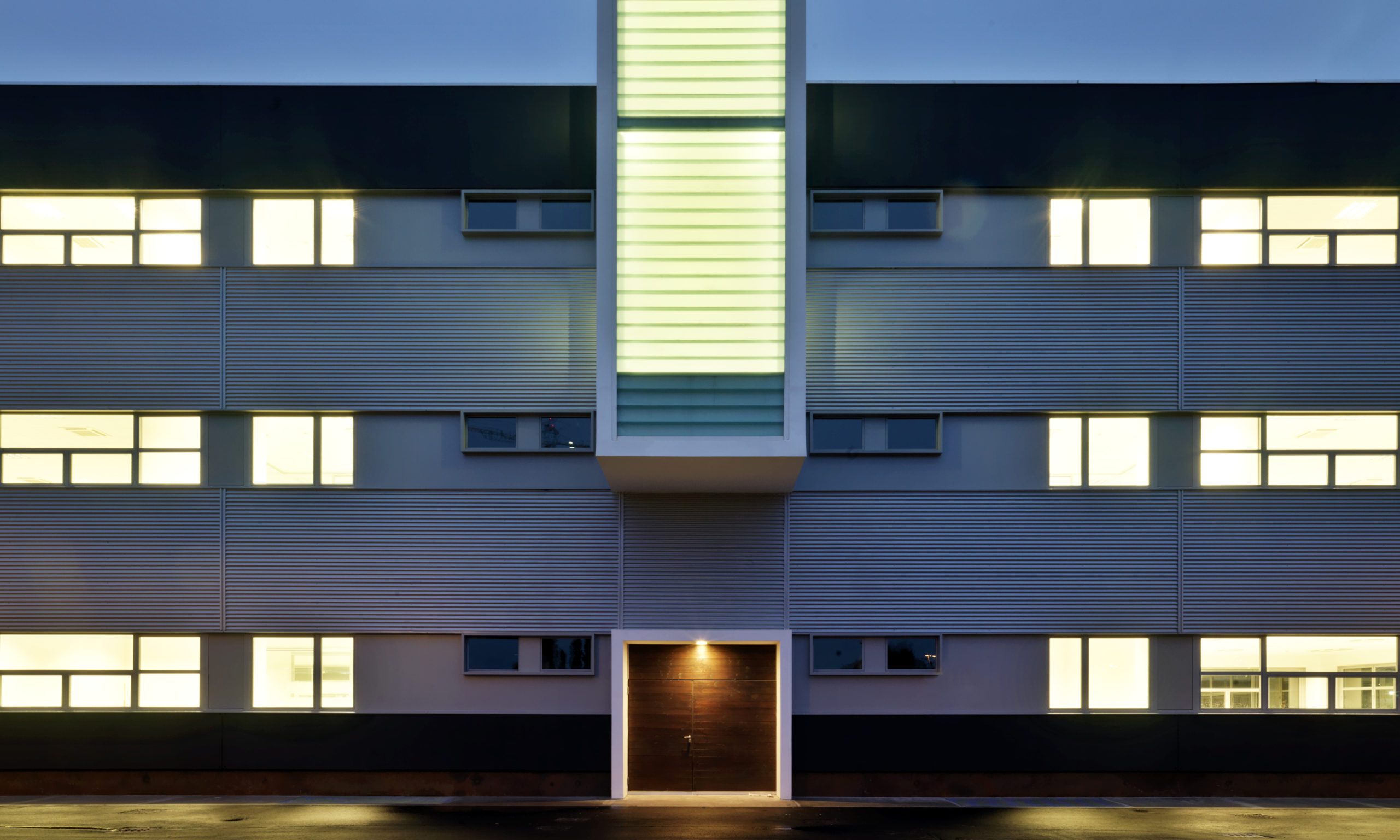 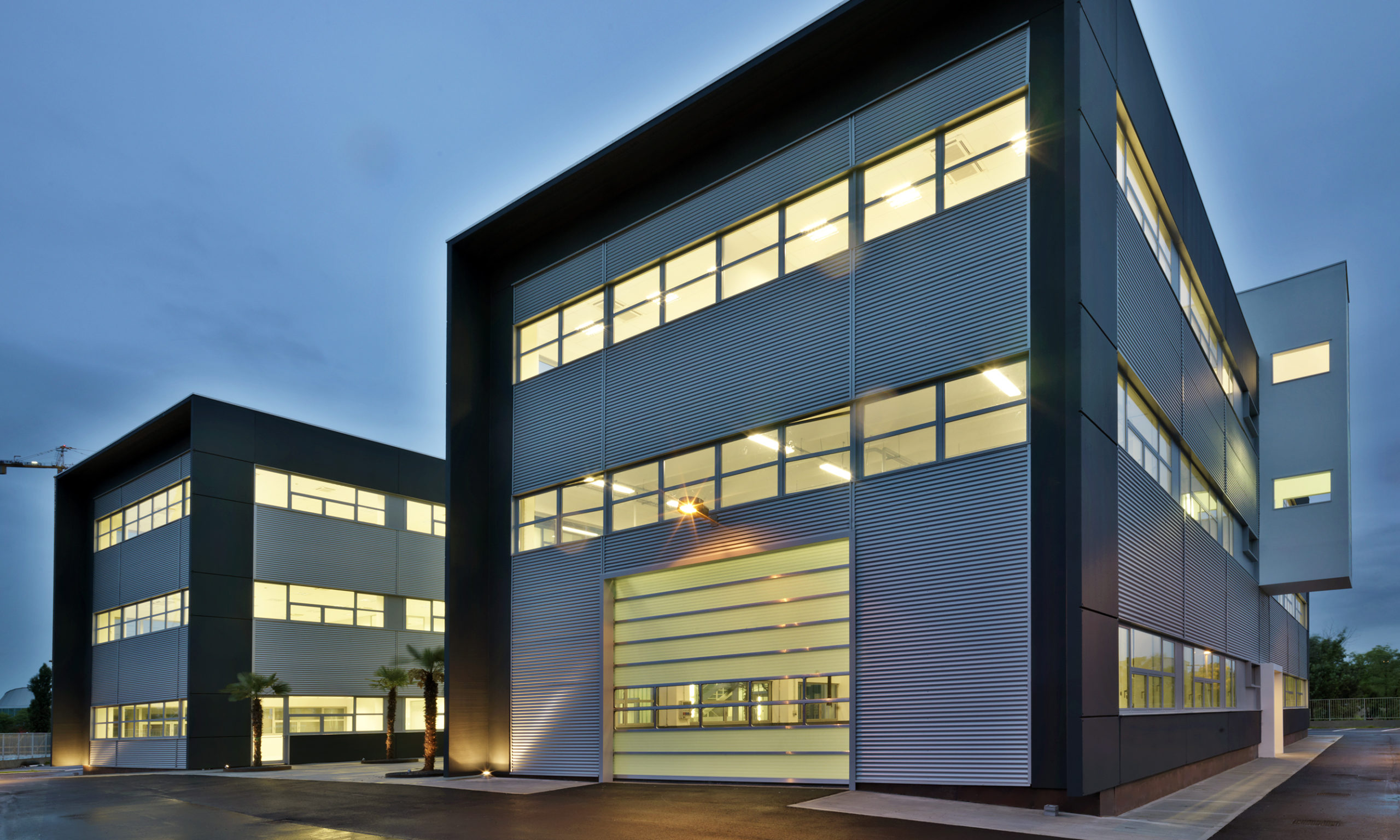 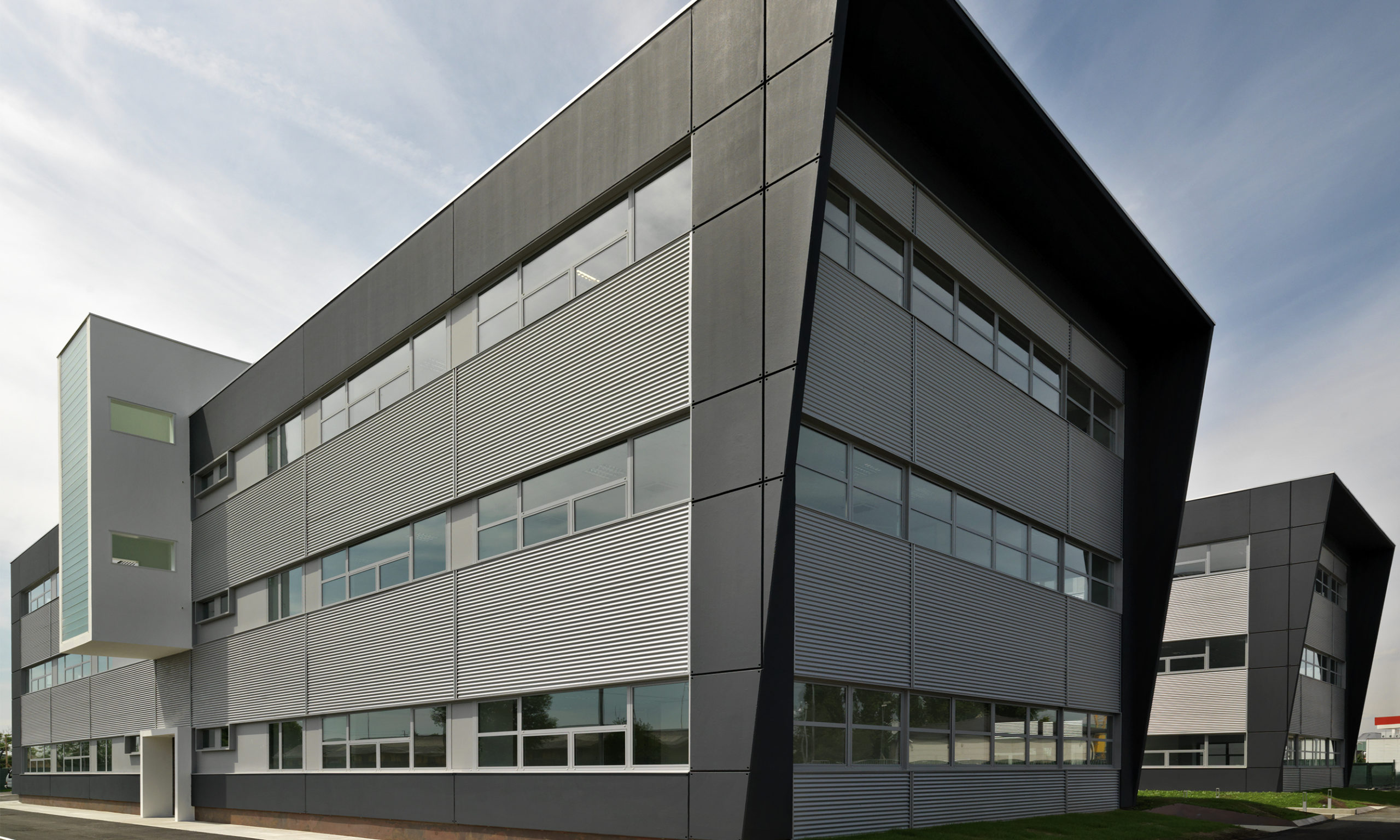 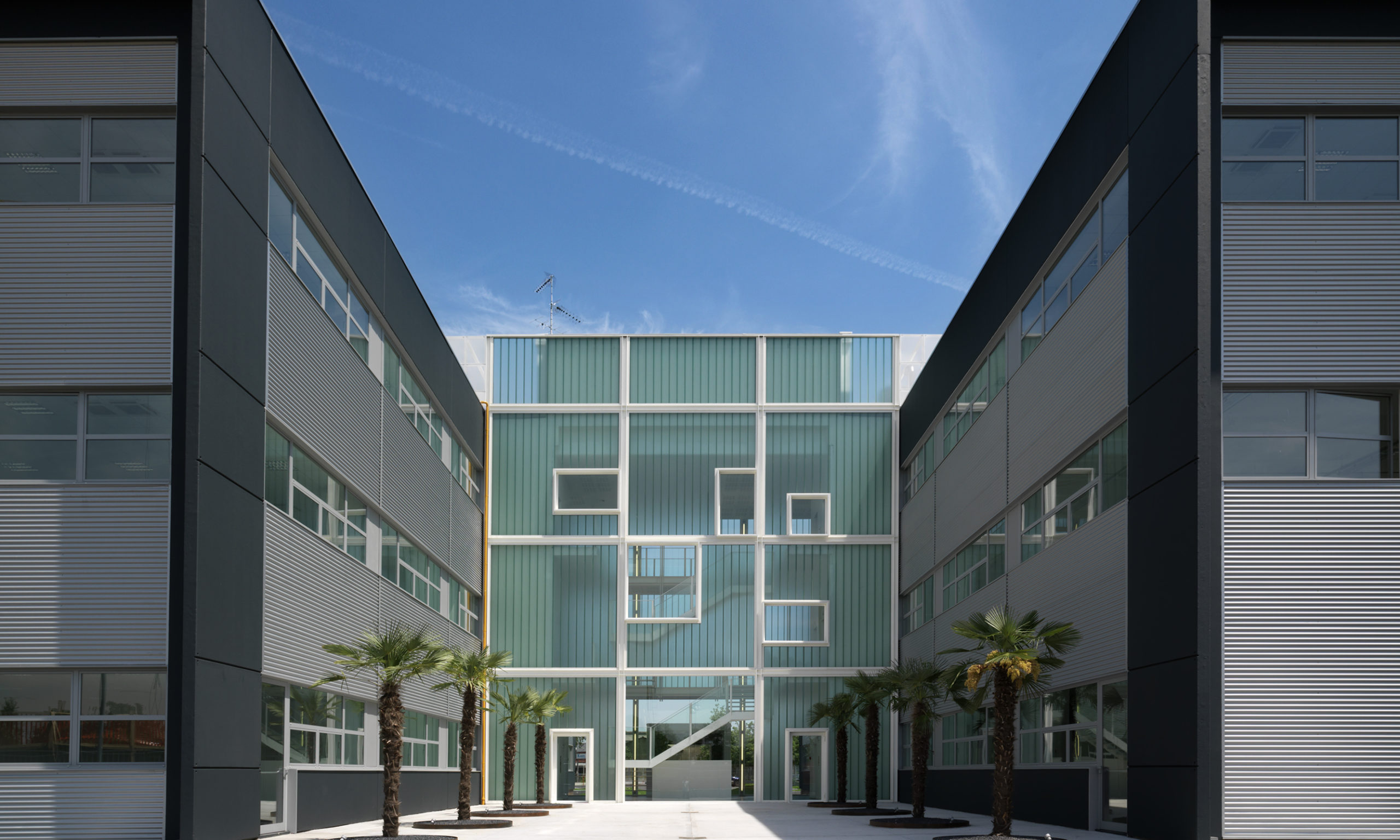 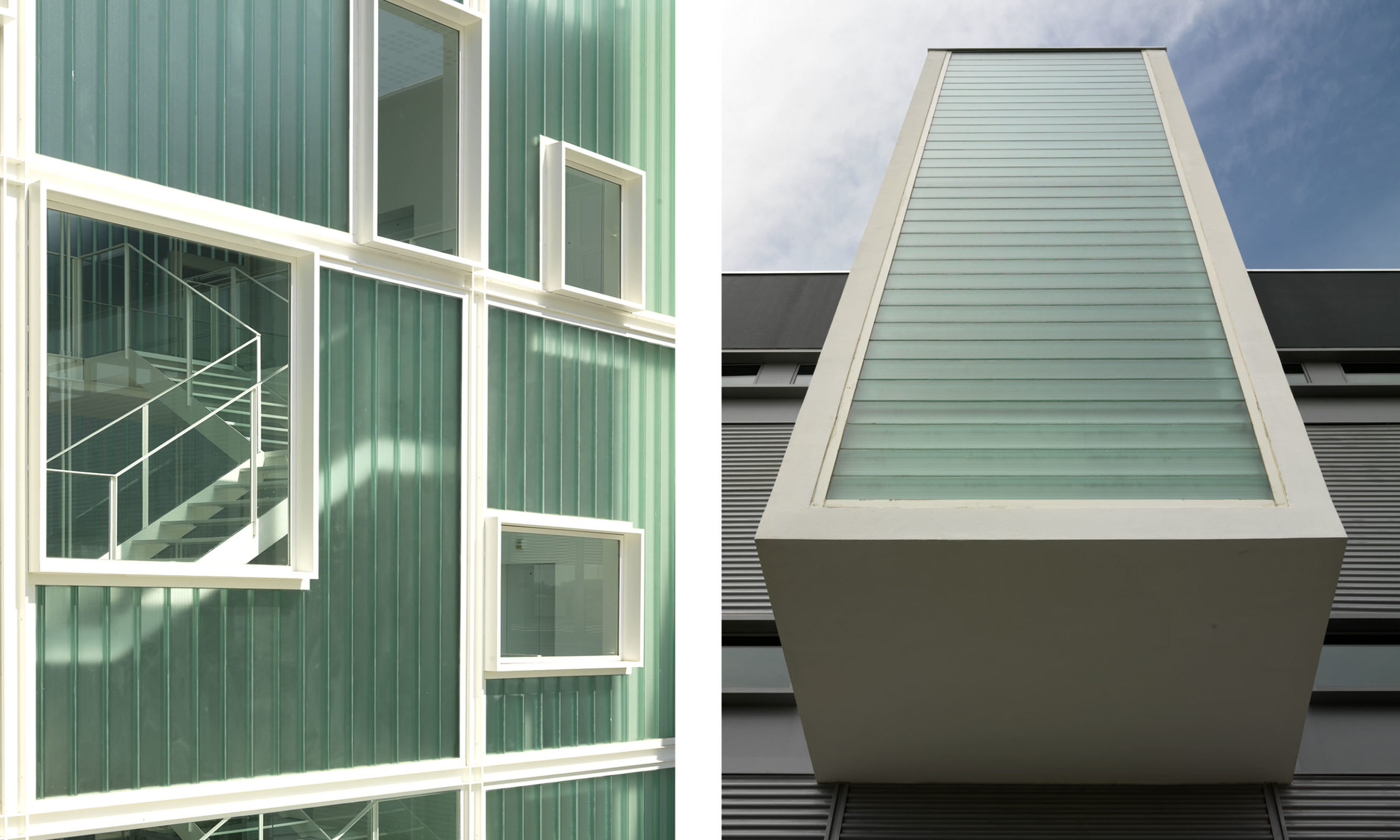 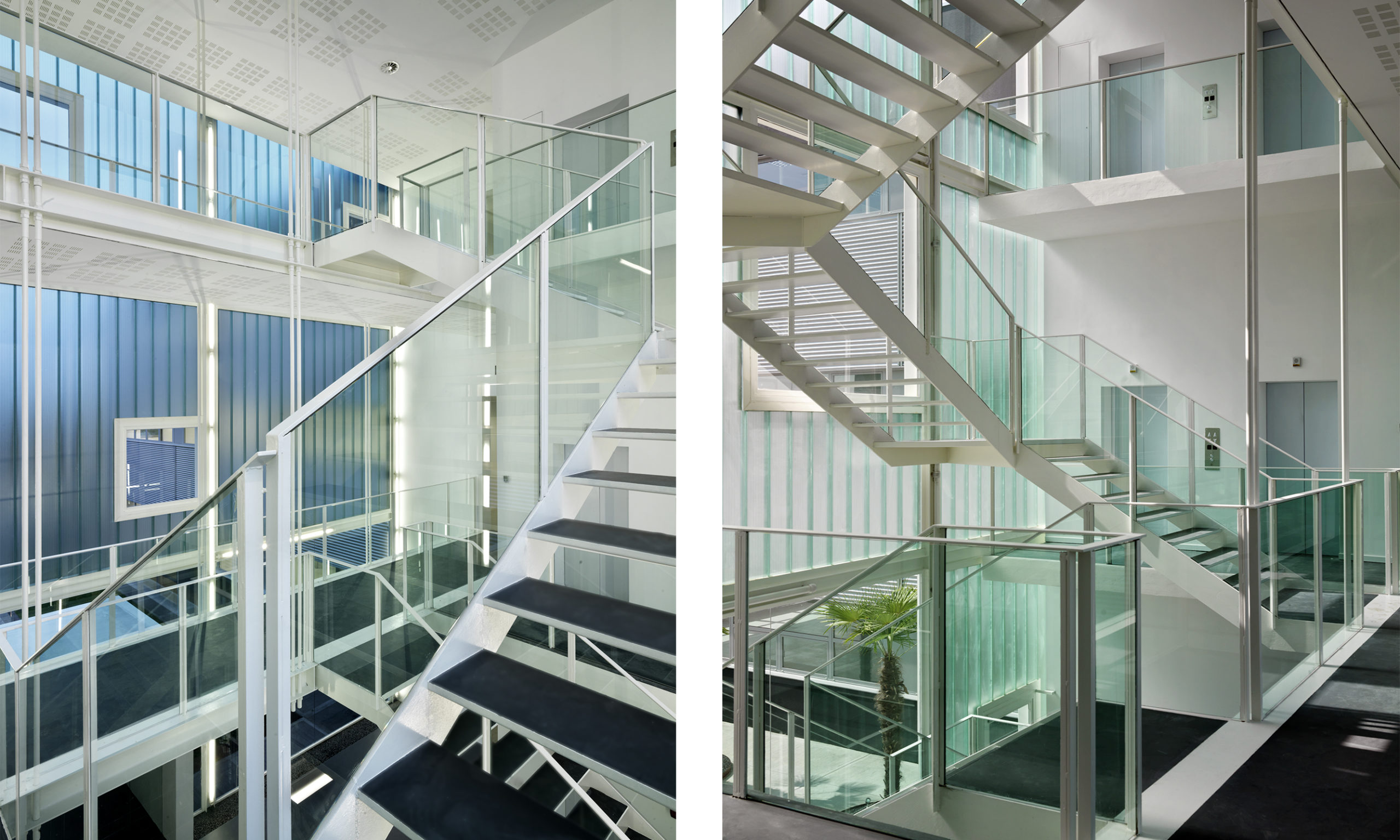 The project concerned the carrying out of a complex to be used as offices and workshop of Renault Trucks S.p.A. parent company. The building was built before the new fair of Pero on the connection road Milano-Rho. Two identical prefabricated blocks were built, they are divided by a body of connection where the common spaces like the reception, the entrance and vertical lift elements are placed.
The two buildings are constituted by ground, first and second floors. Each floor of the two buildings is 605 square metres large. All the floors are used as offices except for the back part of the ground floor of block B that, with a surface of 280 square metres, is used as the industrial workshop (the trucks room).
The entrance-hall is on the ground floor and it is about 120 square metres. On the first and second floor it is constituted only by the connecting bridge between the two blocks, the central staircases and the four lifts. This connecting element was conceived as an only volume emptied at triple height. A metal structure was carried out with connecting bridges between the buildings and a central staircase with steel tie-beams. The characteristic element of the connecting body is the opaque glass introduced in a regular structure of white steel HEA that identifies the façades. In order to create a dynamic effect on the composition of façades some steel frames closed with transparent glass directly welded to the main structure were used. These frames helped to enhance the transparency of the body made opaque by the opaque glass, giving the possibility of a visual connection between inside and outside. The opaque glass creates a “monumental” effect and gives the façades a “liquid” aspect. This aspect is enhanced by the night lighting with “led strips” that covers the metal profiles, creating a refined light that illuminates the whole façade from the inside with a very striking effect. The prefabricated lateral bodies make use of some devices to “reduce” the industrial effect, such as a base perimetrical fascia rear and covered with weathering steel and insulated panels of corrugated sheets interposed to smooth but fluted prefabricated panels. In this way the texture of façades is light-modulated according to the capacity of refraction or absorption of the material used.
The architecture is of rationalist origin, being based on a simple linear composition with clear and well defined orthogonal divisions.