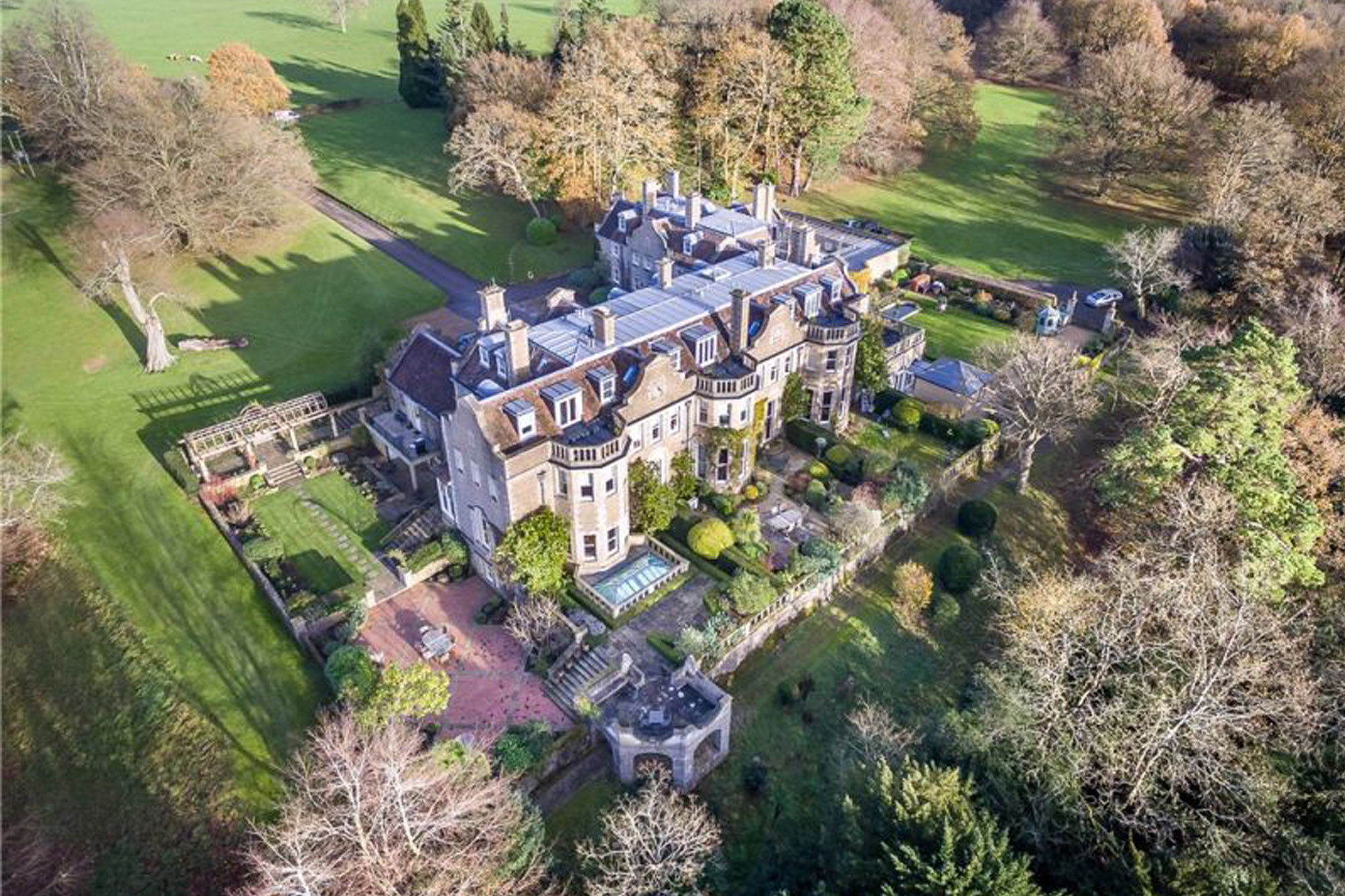 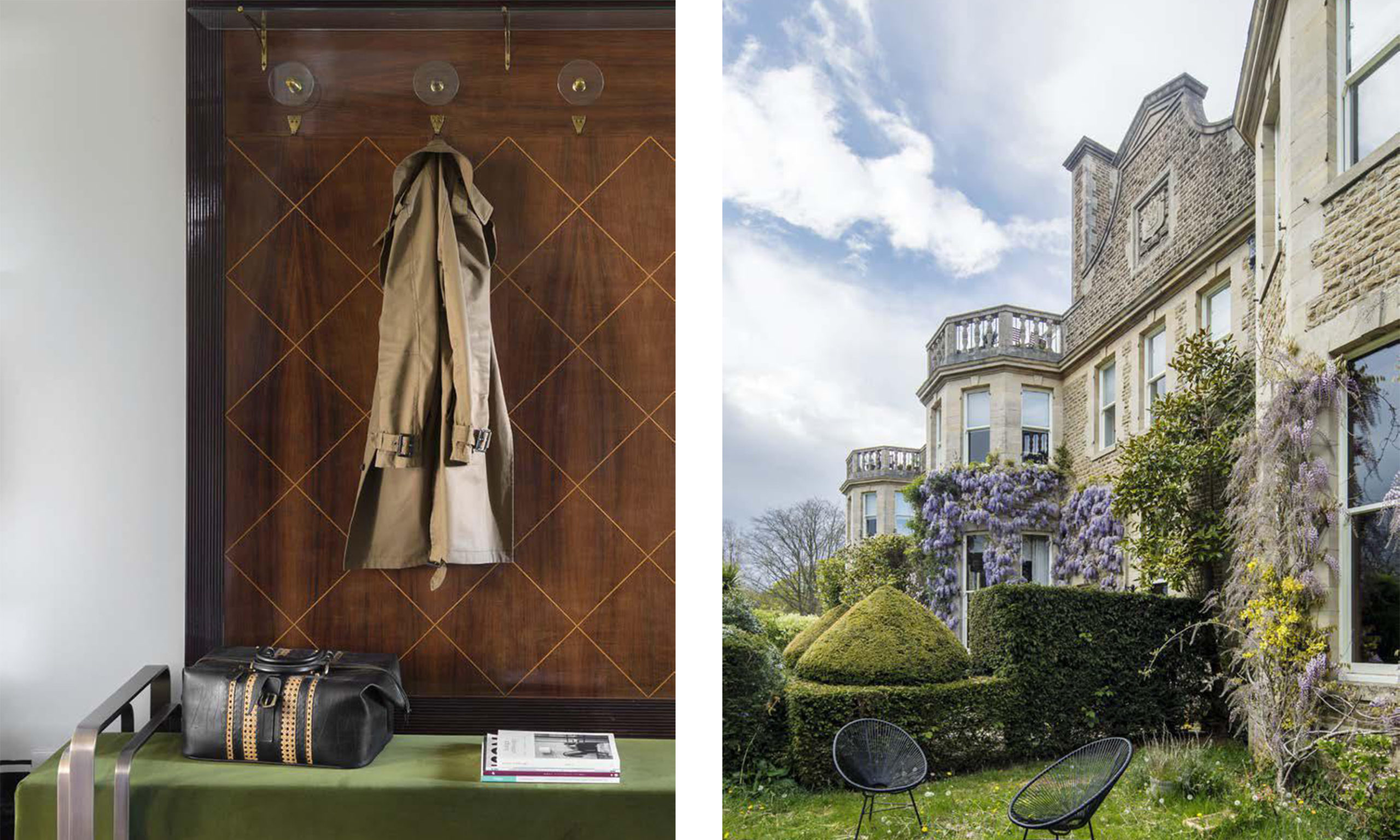 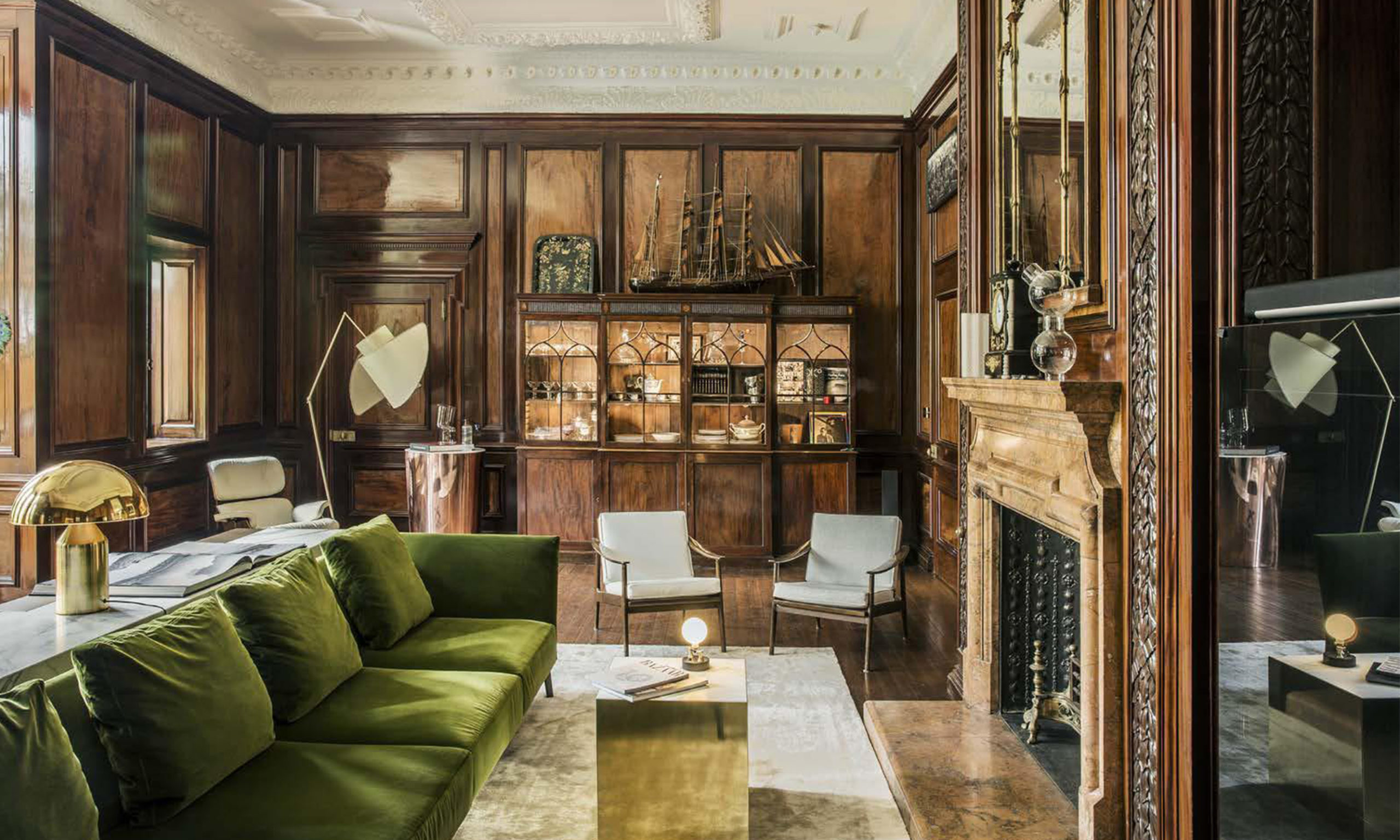 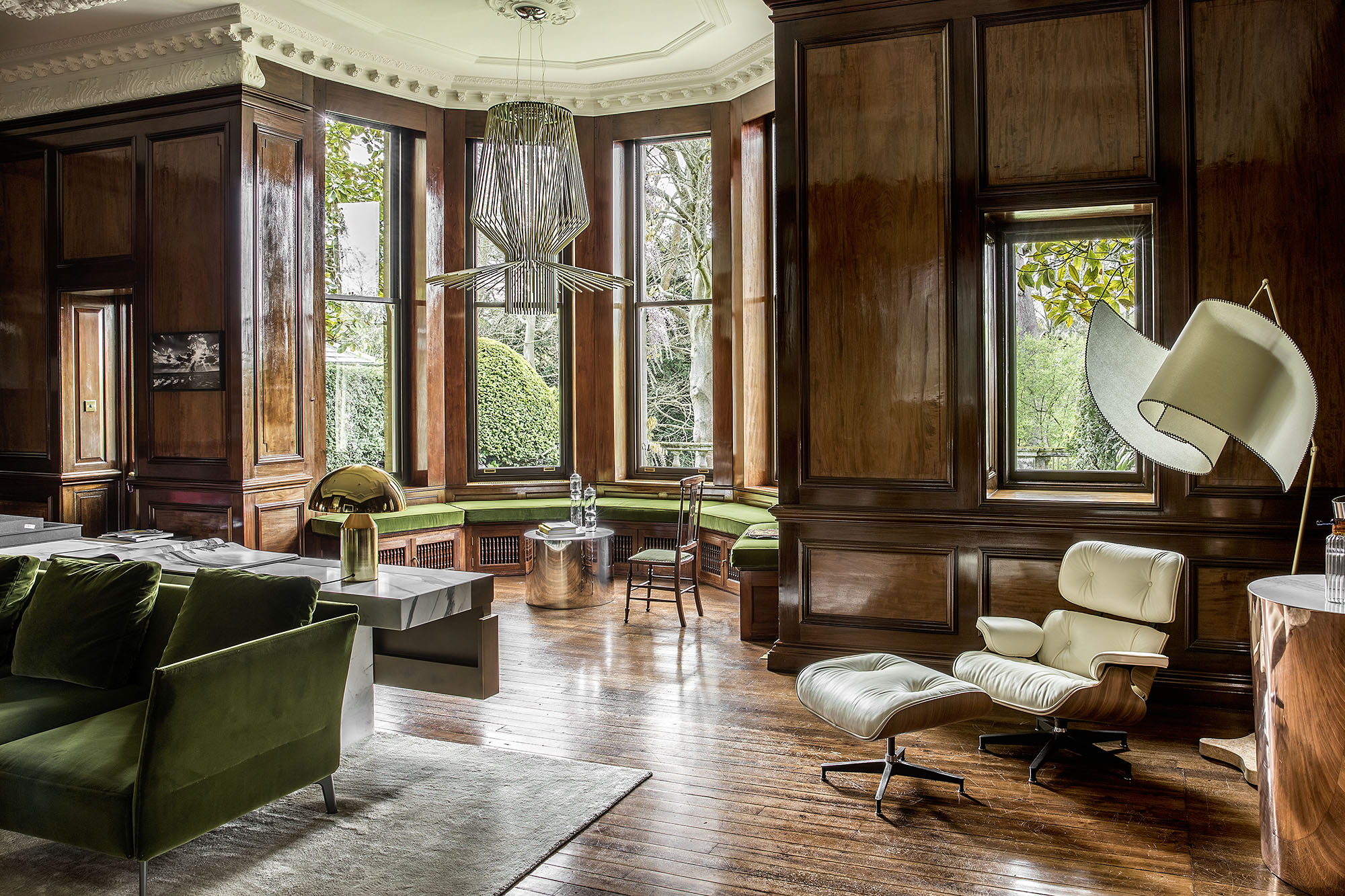 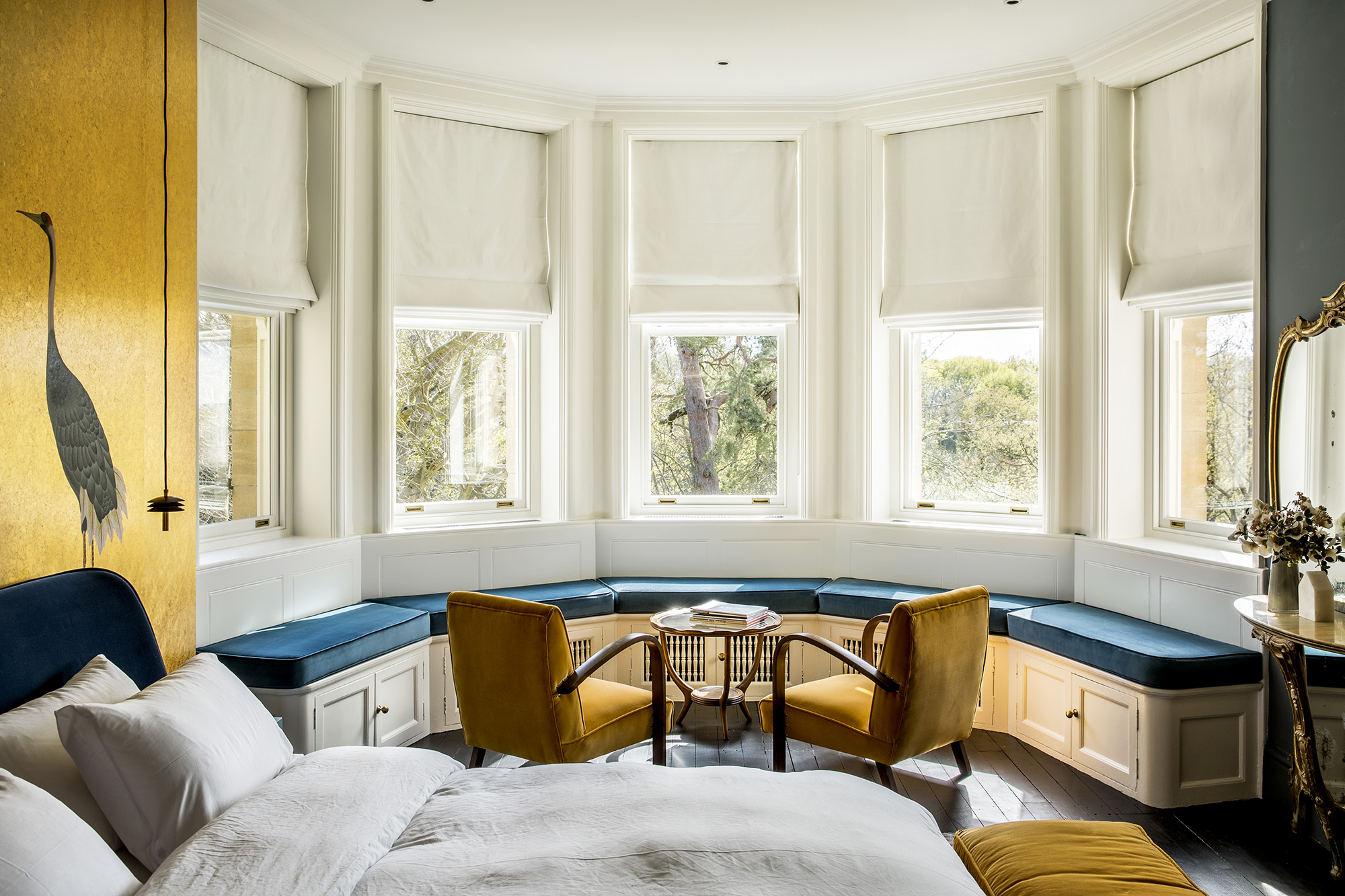 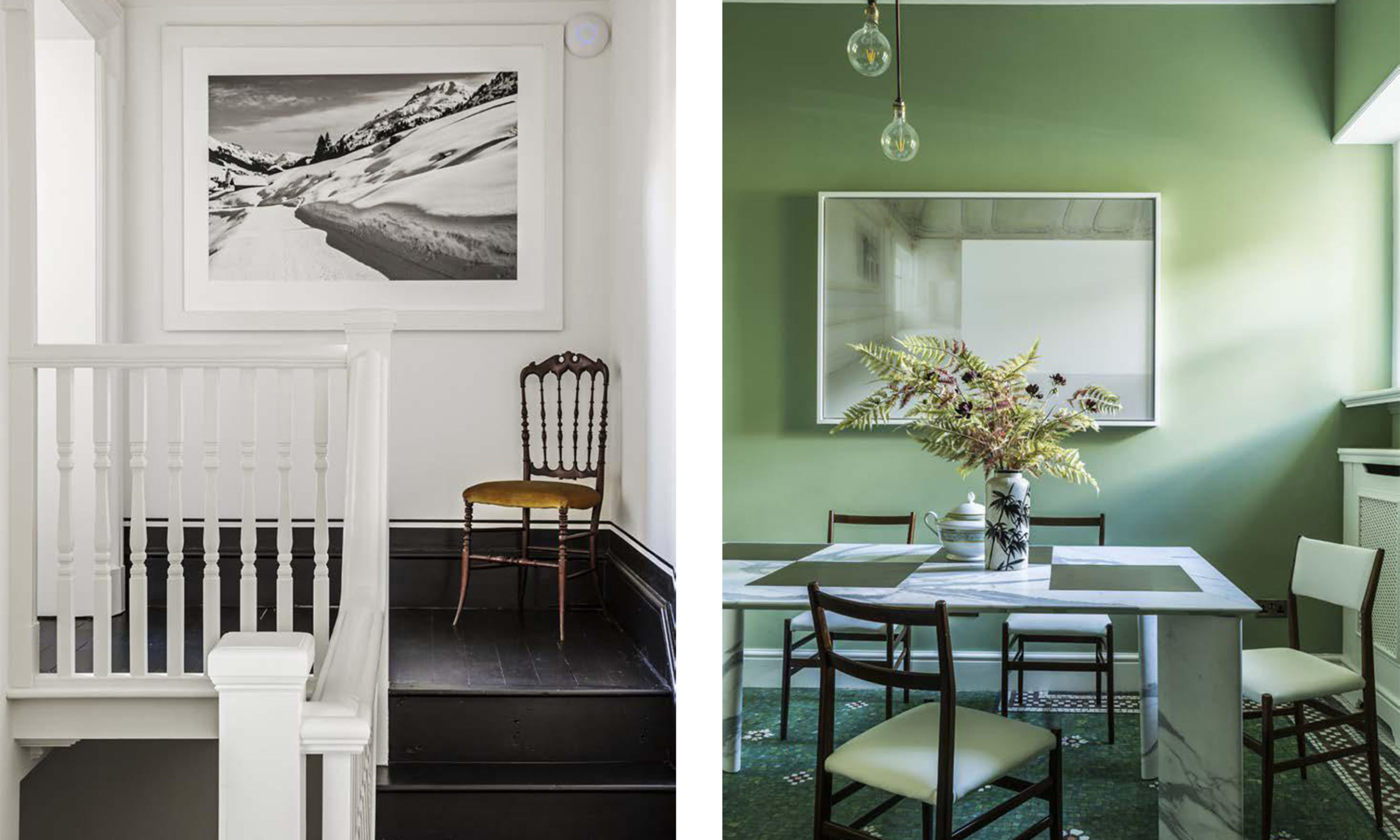 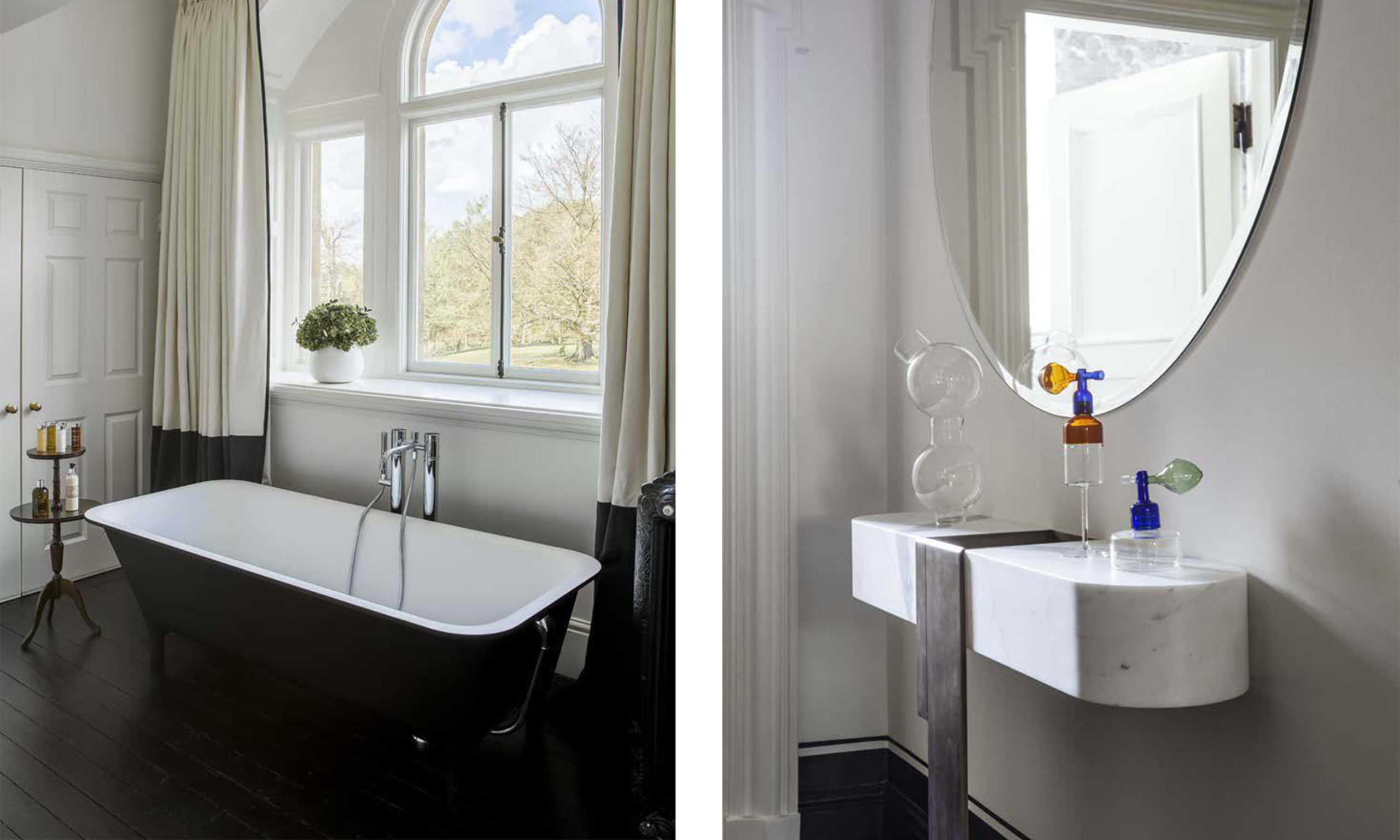 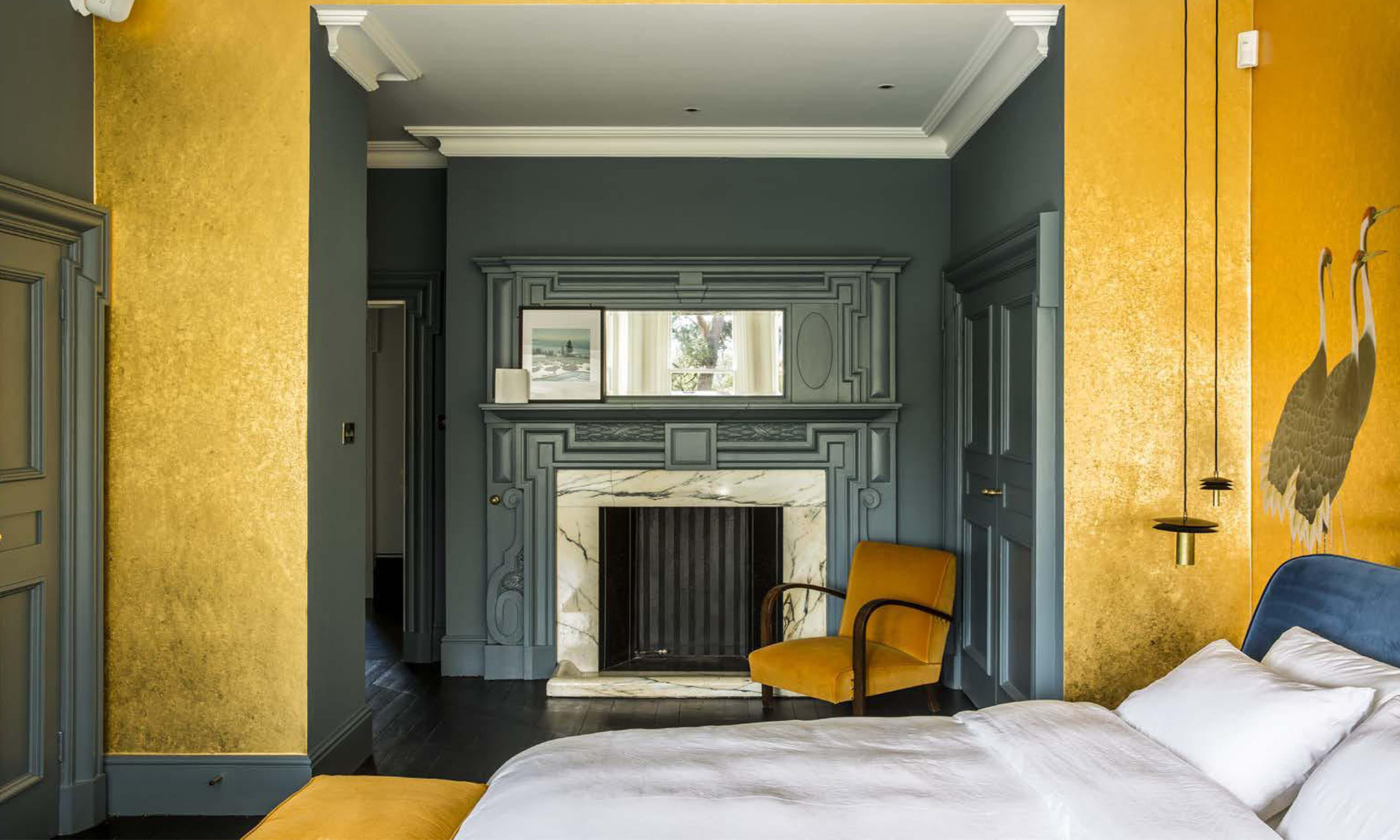 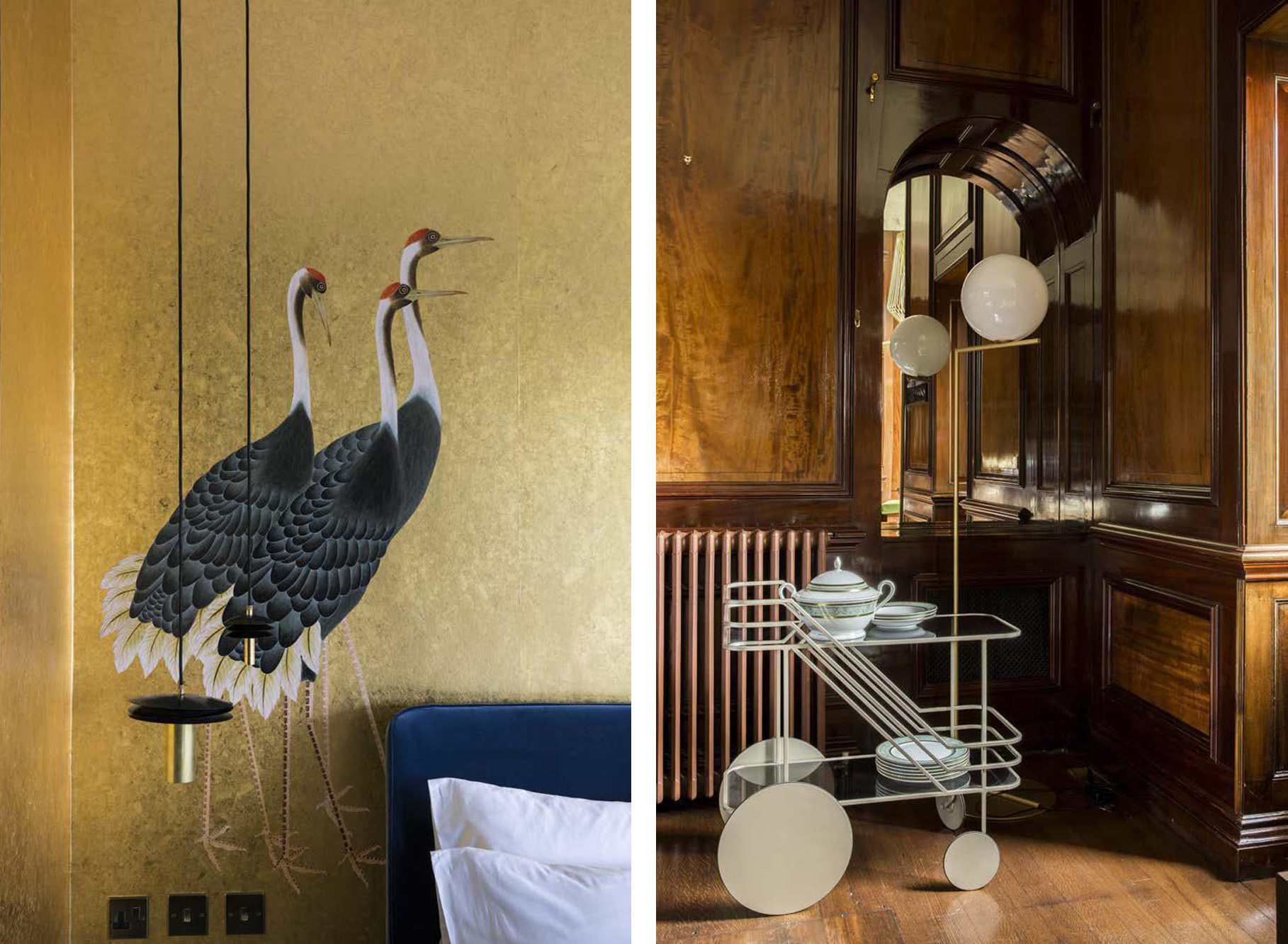 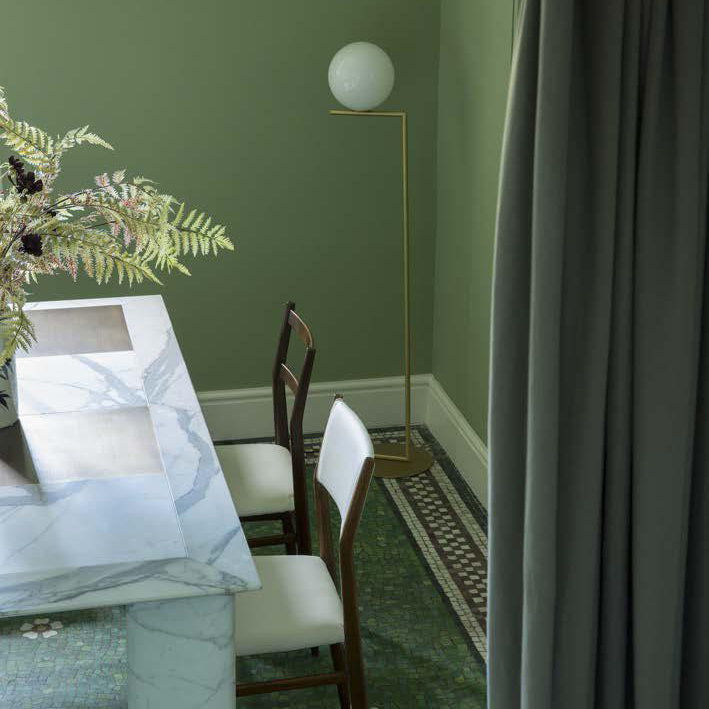 The core of this magnificent English residence dates back to 1906. Nestled in the most green and leafy county of Great Britain, namely Surrey, close to the metropolis of London. Here, immersed in a luxuriant park containing centuries-old plants, stands a classical stone Victorian-style house with wide wooden bow windows, towering facades with soft tympana and tall chimneys, as was the early 20th-century fashion in the English countryside.
The later division of the historic building into a few large homes did not take into account the original peculiarities of the building, debasing them with the use and overlapping of incongruous materials. Modification and refurbishment of the fixtures in order to make the bathrooms and amenities larger has meant that, in some cases, the original finishes and precious materials have been tampered with or lost entirely.
Garibaldi Architects was tasked with the renovation and interior design of one residential part, approximately 280 square metres with a private garden that is spread across several levels.
The project immediately revealed enormous expressive potential: the main hall (approx. 65 square metres) had kept its original charm unchanged. The splendid mahogany boiserie had been kept intact and its charm was emphasised by the marvellous bow window that looks out over the roof garden at the back, profiled by a parapet with its authentic balustrade.
After some structural surveys and studies on the finishings we started to remove the overlapping restructuring from the previous modern renovation, bringing the home closer to its original state and identifying what could be recovered and restored.
The various mezzanines, tiles and the carpet that covered almost all the flat were removed, revealing highly precious marble mosaics that decorated the floor with meanders and ornamental designs, but which appeared damaged or completely dismantled in parts. Furthermore, various parquet floorings in larch and spruce, not particularly valuable, emerged from under large carpets, employed to stop the escape of the heat produced by the fireplaces during the winter.
The flat renovation has respected the existing structures and subdivisions while improving some of the connections between the different rooms. The most delicate and difficult part of the project was restoring the mosaics and recovering the parquets, with careful replacement or reconstruction of the missing parts.
Much of the work required a firm specialised in artisan renovation, able to work as dictated by the oldest construction traditions. A consultant was identified and involved in the project who knew how to work with boiserie and ancient doors as well as reconstruction techniques for marble mosaics, and how to bring new splendour to the wood and parquet.

The choice fell on a trusted Italian firm, Taramelli Srl, expert in enhancing materials and finding new materials to match the old ones.