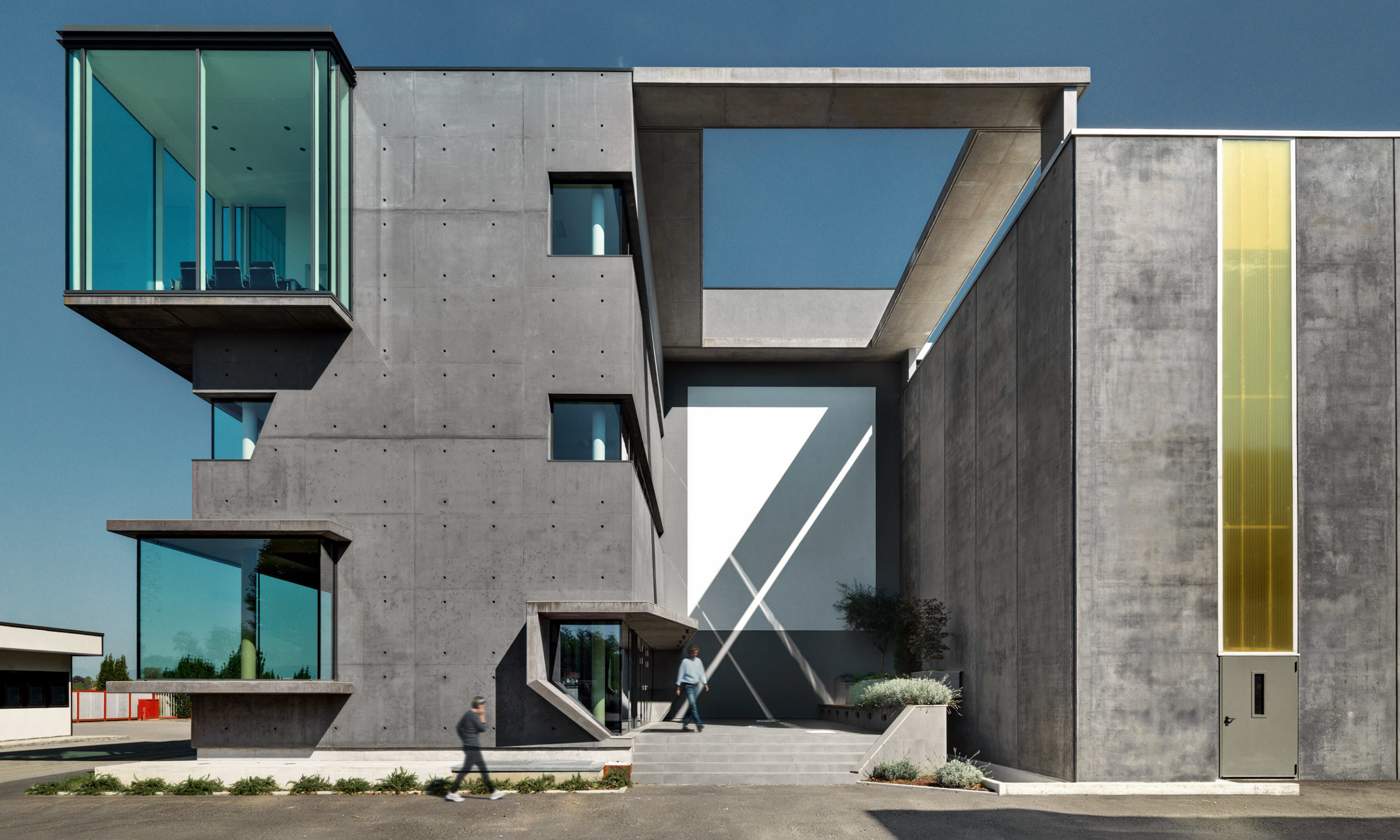 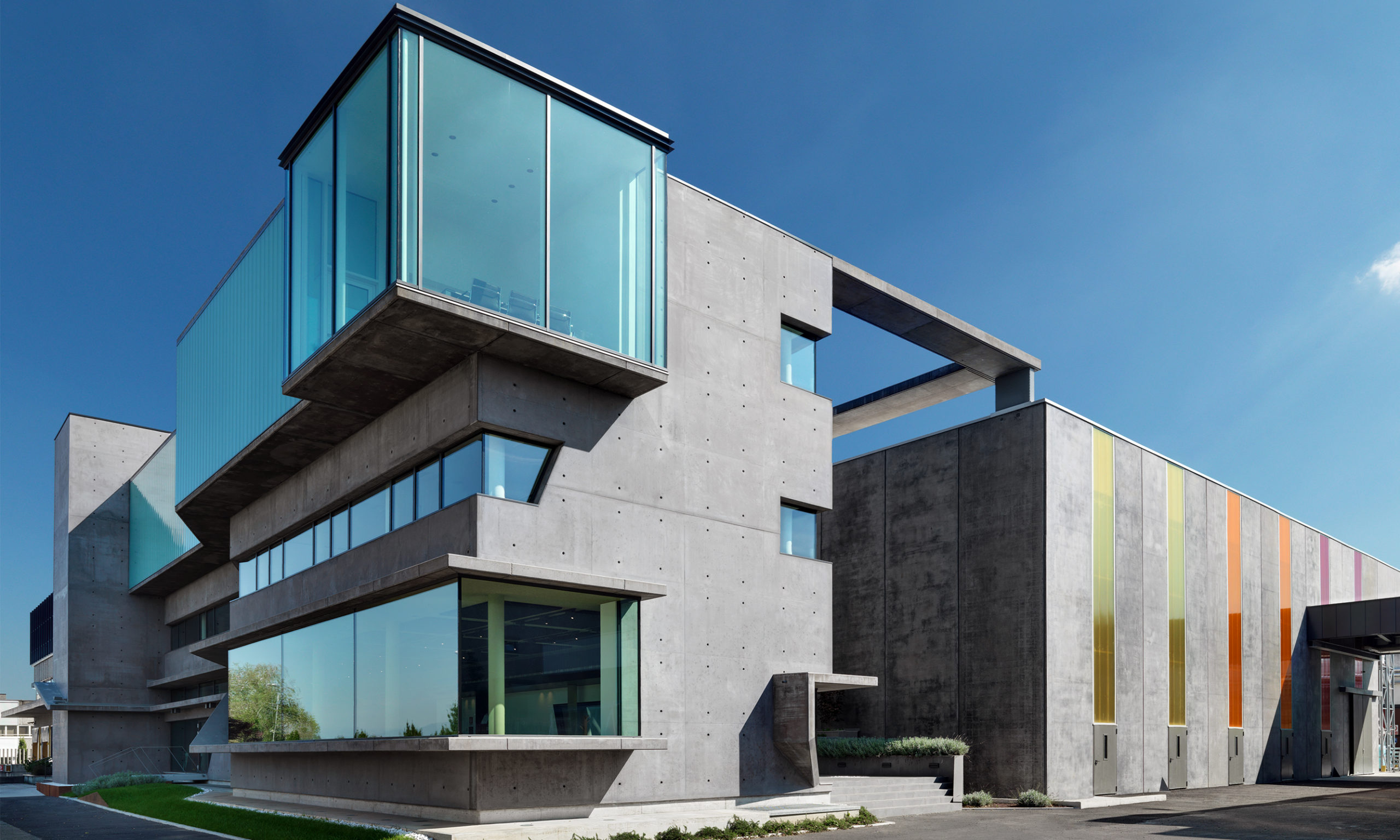 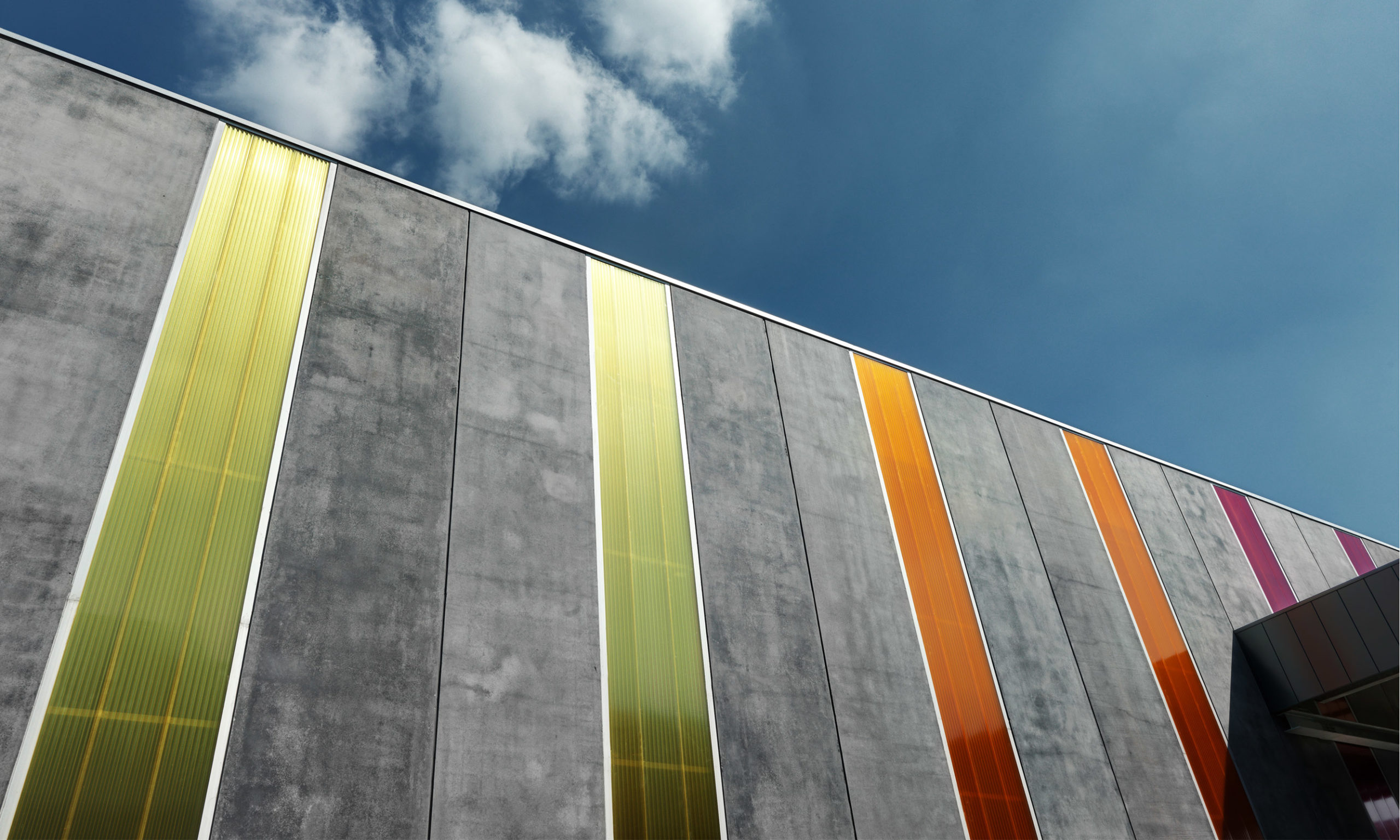 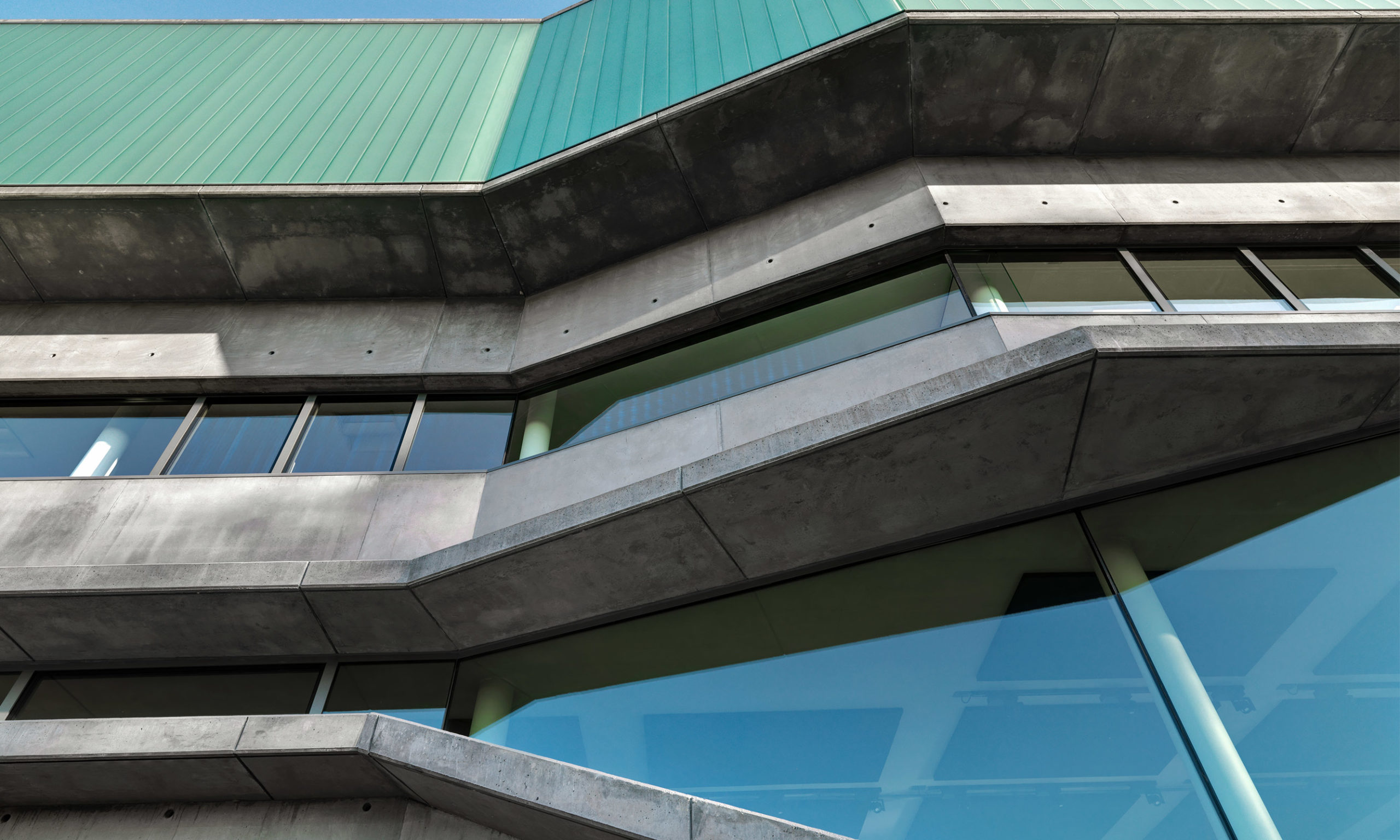 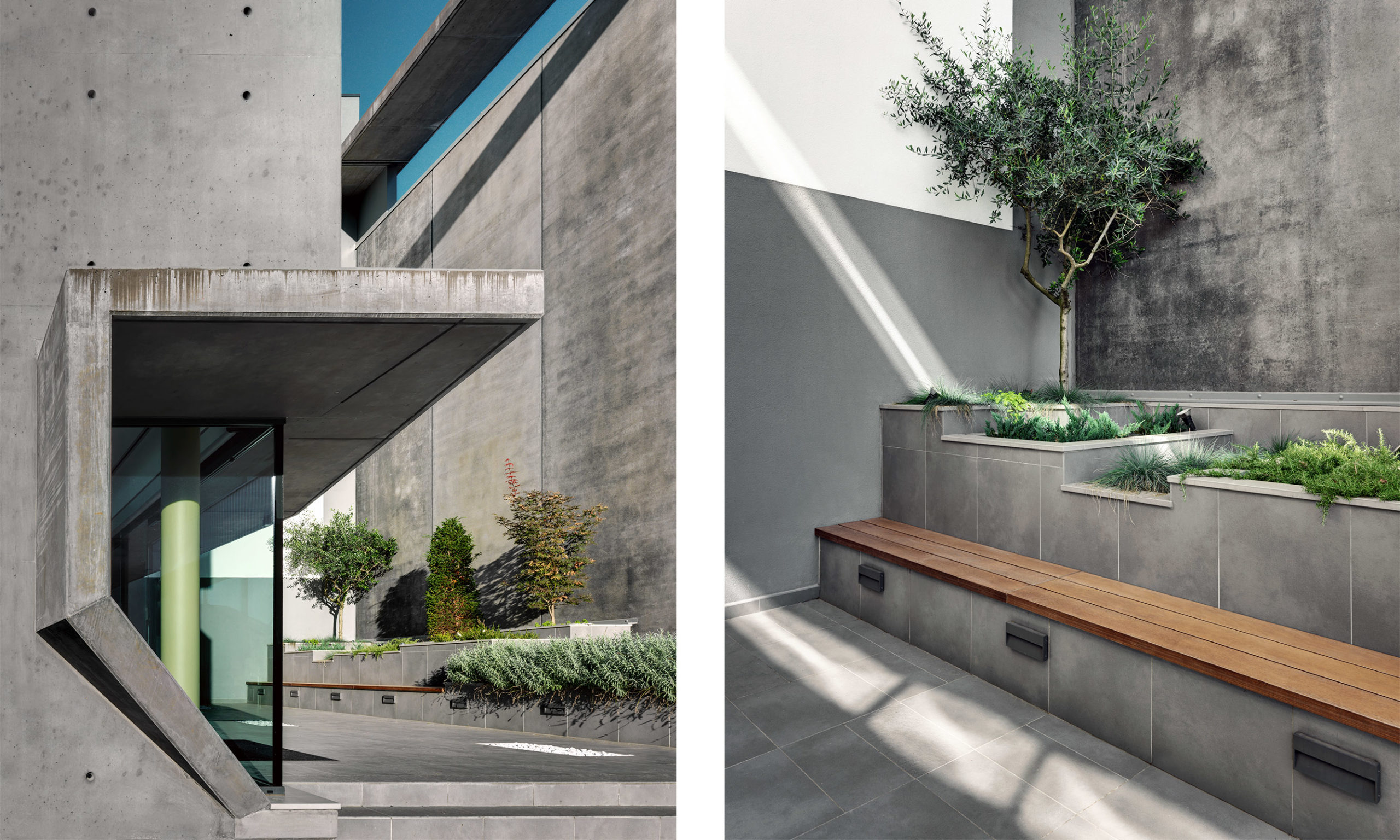 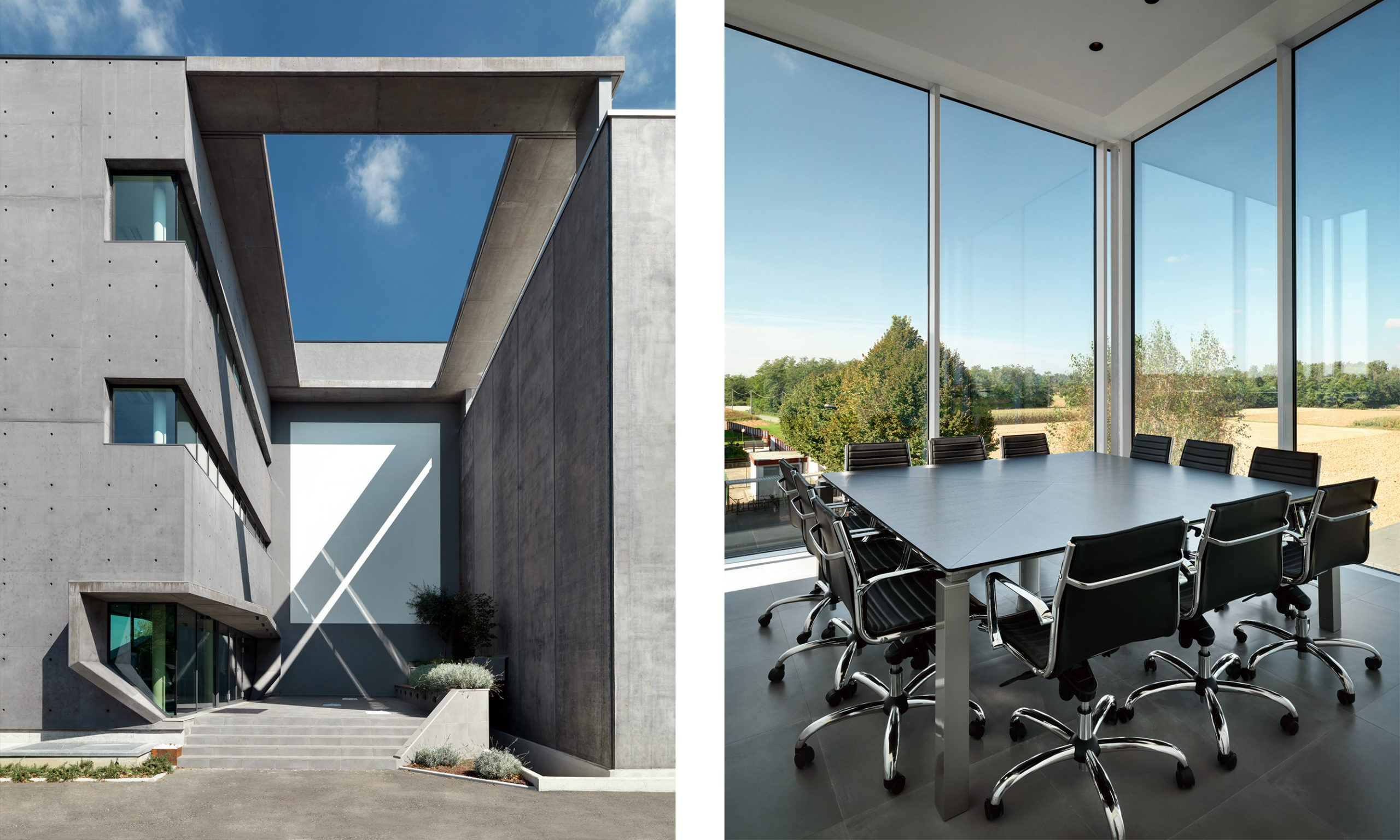 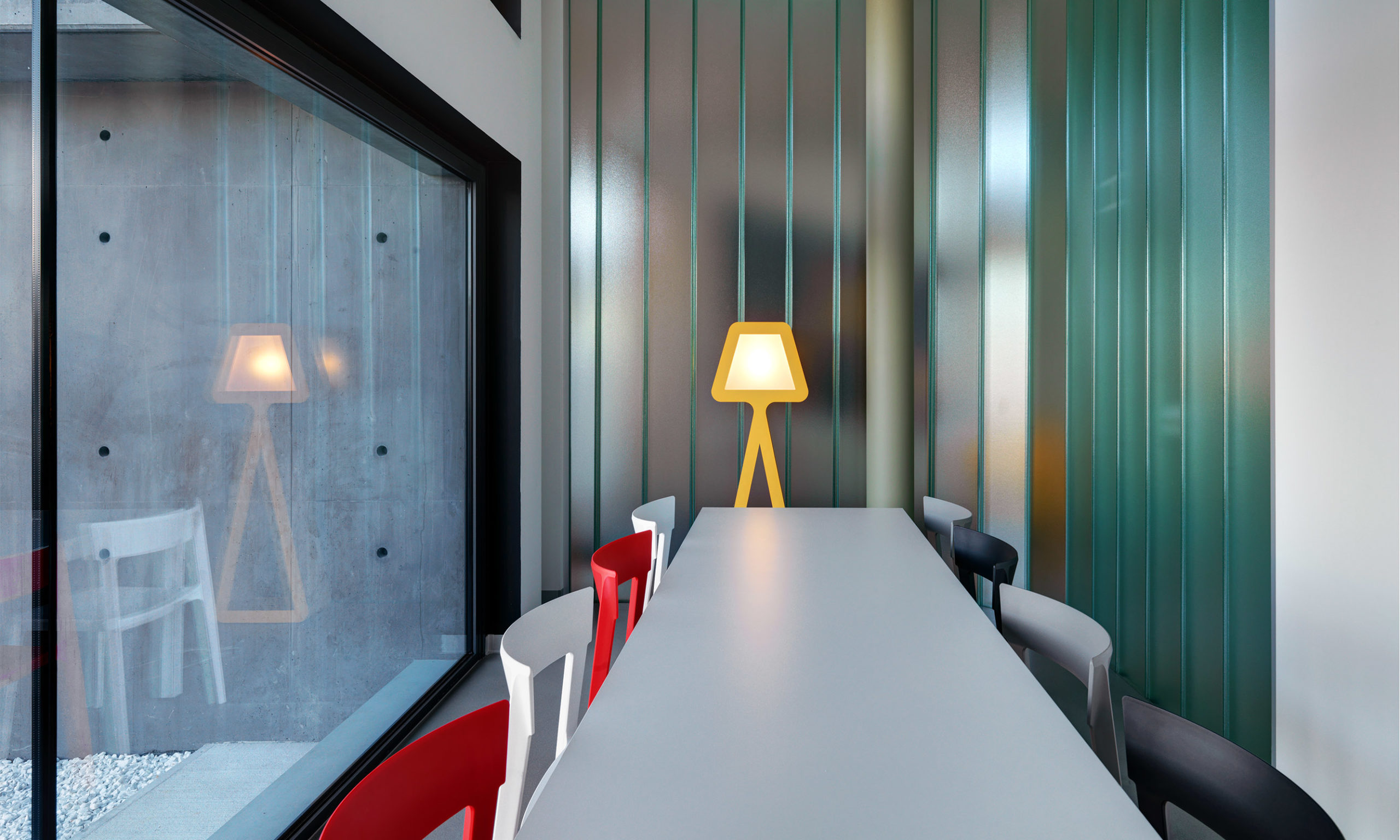 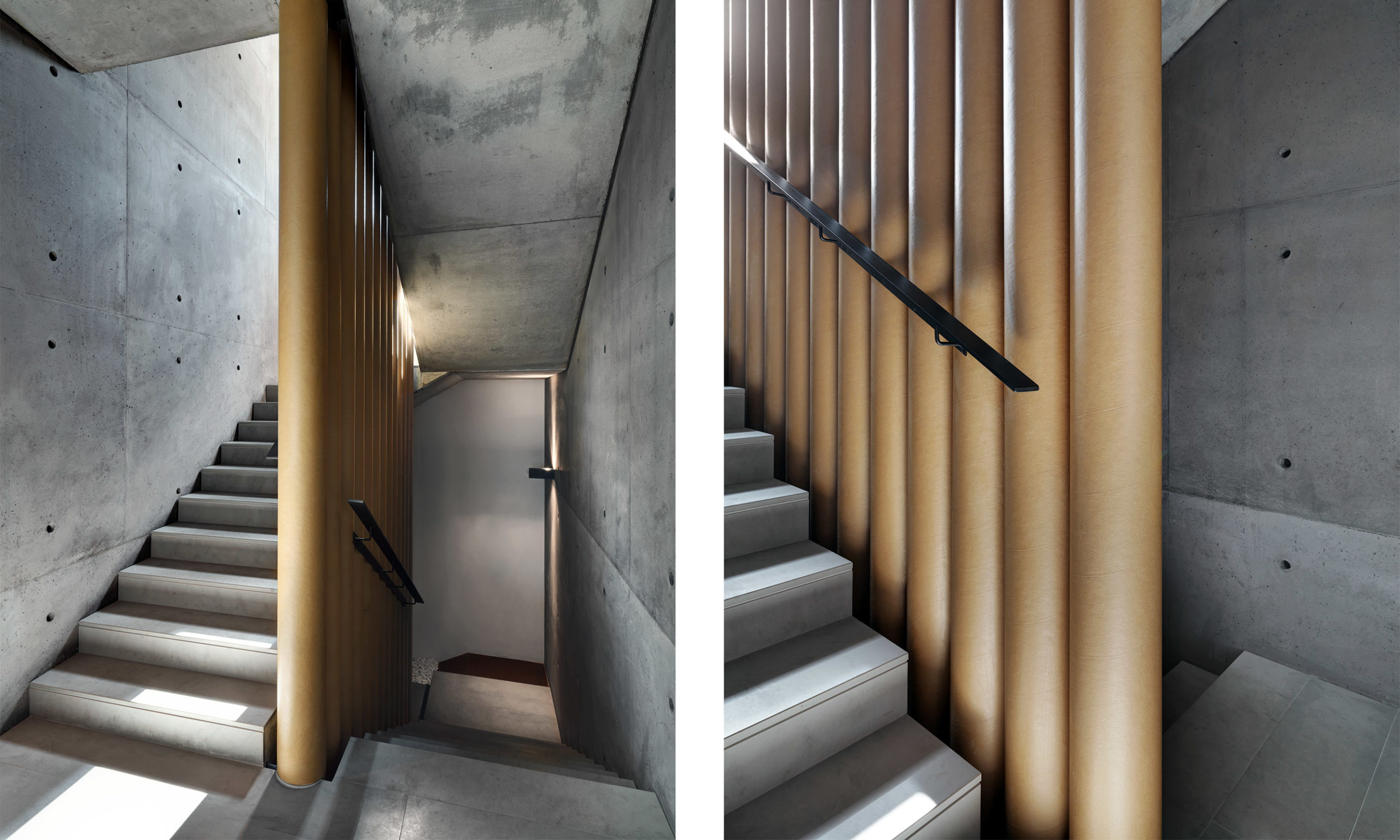 The project concerns the demolition and rebuilding of an old warehouse of Sicad, a leading Italian company of adhesive tapes. The project develops on a surface of 2,300 square metres and it rebuilds the warehouse by enlarging the existing offices with a new building near the office building.

The theme was the connection between the old prefabricated building and the upper part with the mirror curtain wall and the new work. The window and string courses alignments were maintained and a lift was included both as a functional element and aesthetic junction between the two parts. A reinforced concrete plate serves as visual space of decompression. The new intervention will make use of reinforced concrete in view that fits well the existing industrial division by “risking” asymmetric cuts for the window frames and eaves that give a new movement to the static material.

The warehouse is constituted by prefabricated structures coloured with paste with pickled effect and coloured methacrylate window frames, that remind some adhesive products of the company, alternate to vertical module panels.

From the plan point of view, the warehouse and the new building are separated by an internal courtyard: a strategic space that does not produce volume but develops the building offering the possibility to be used by canteen users in summer. The intervention adds to the existing building and the courtyard by designing the surrounding area in continuity with the green area.