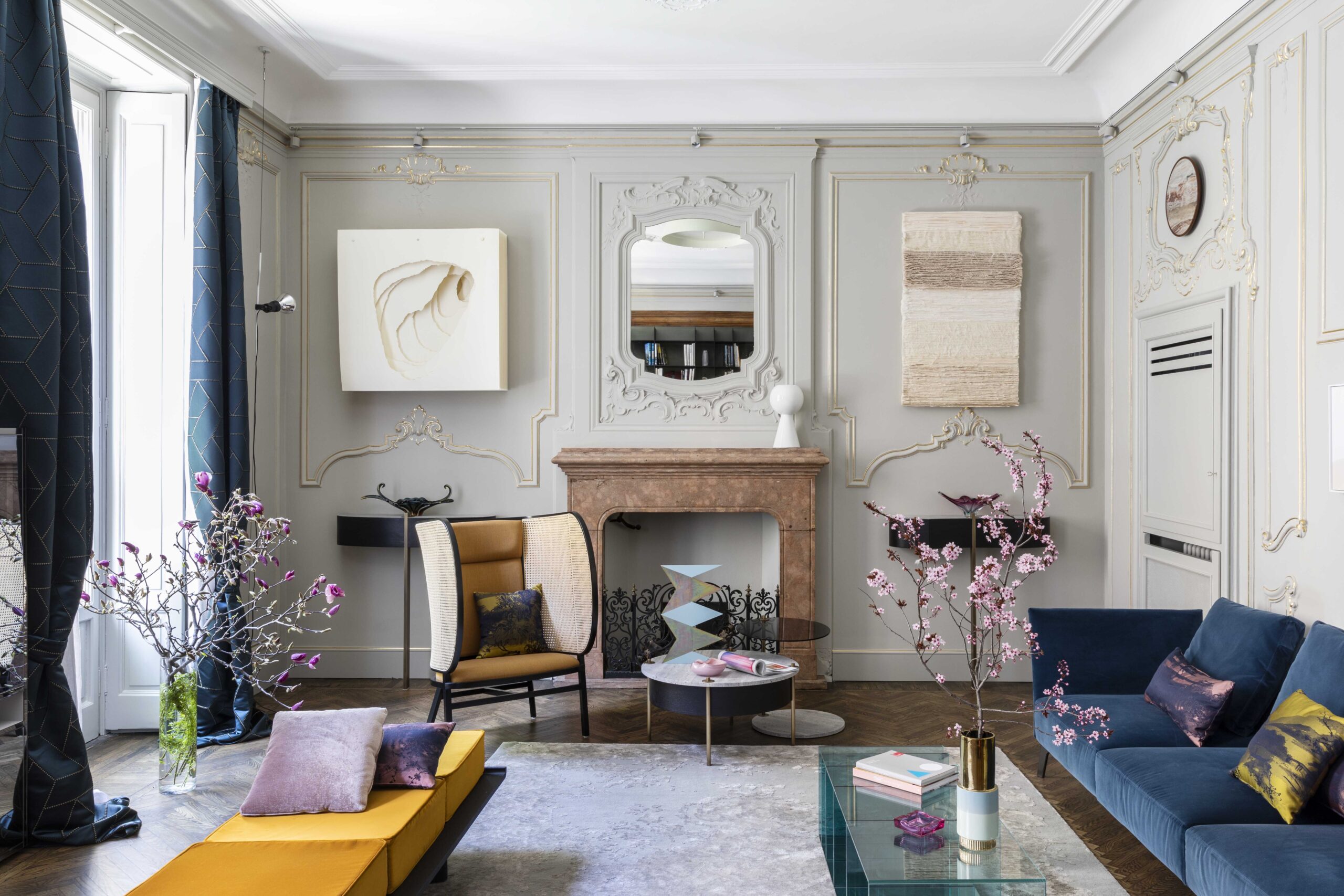 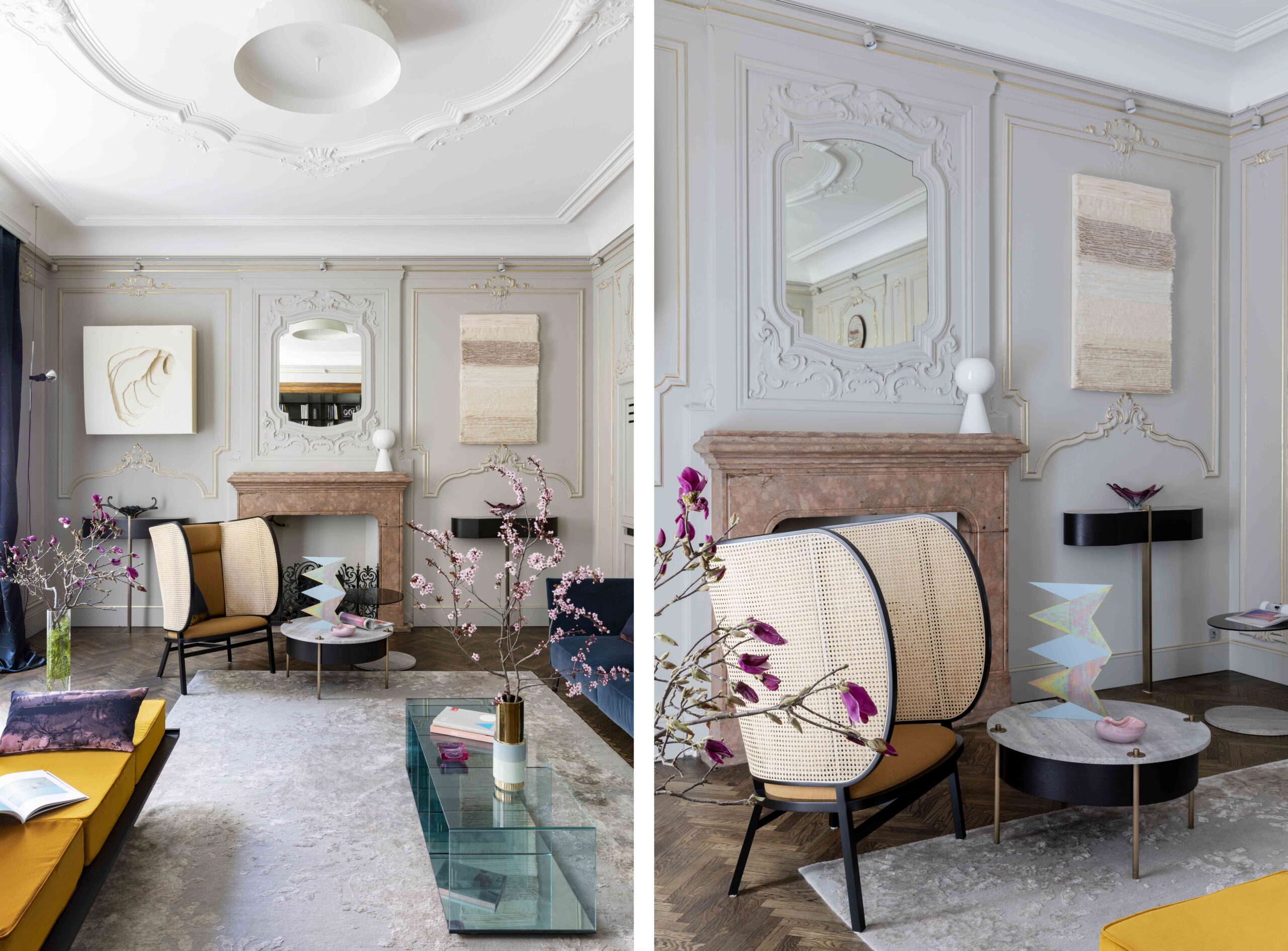 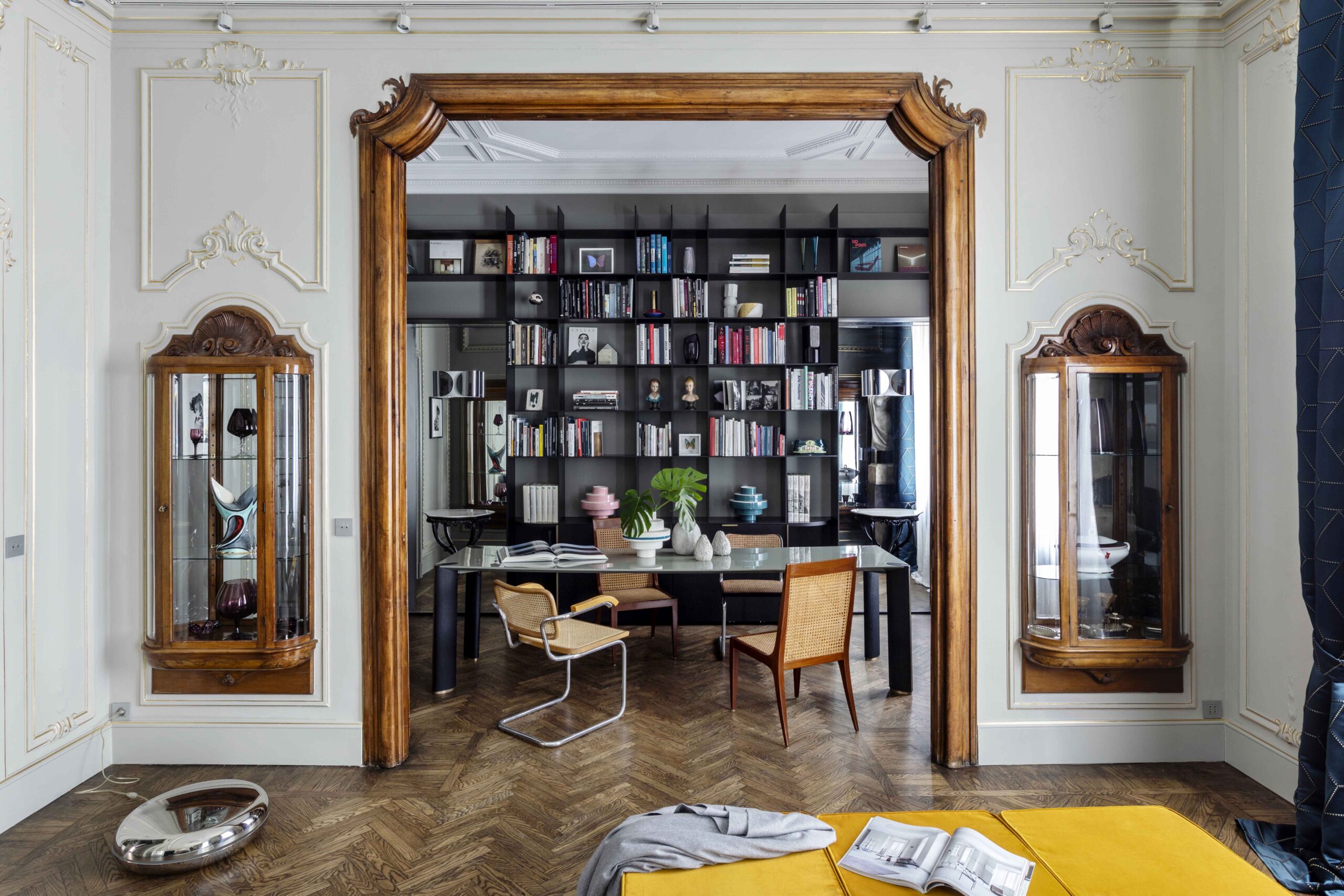 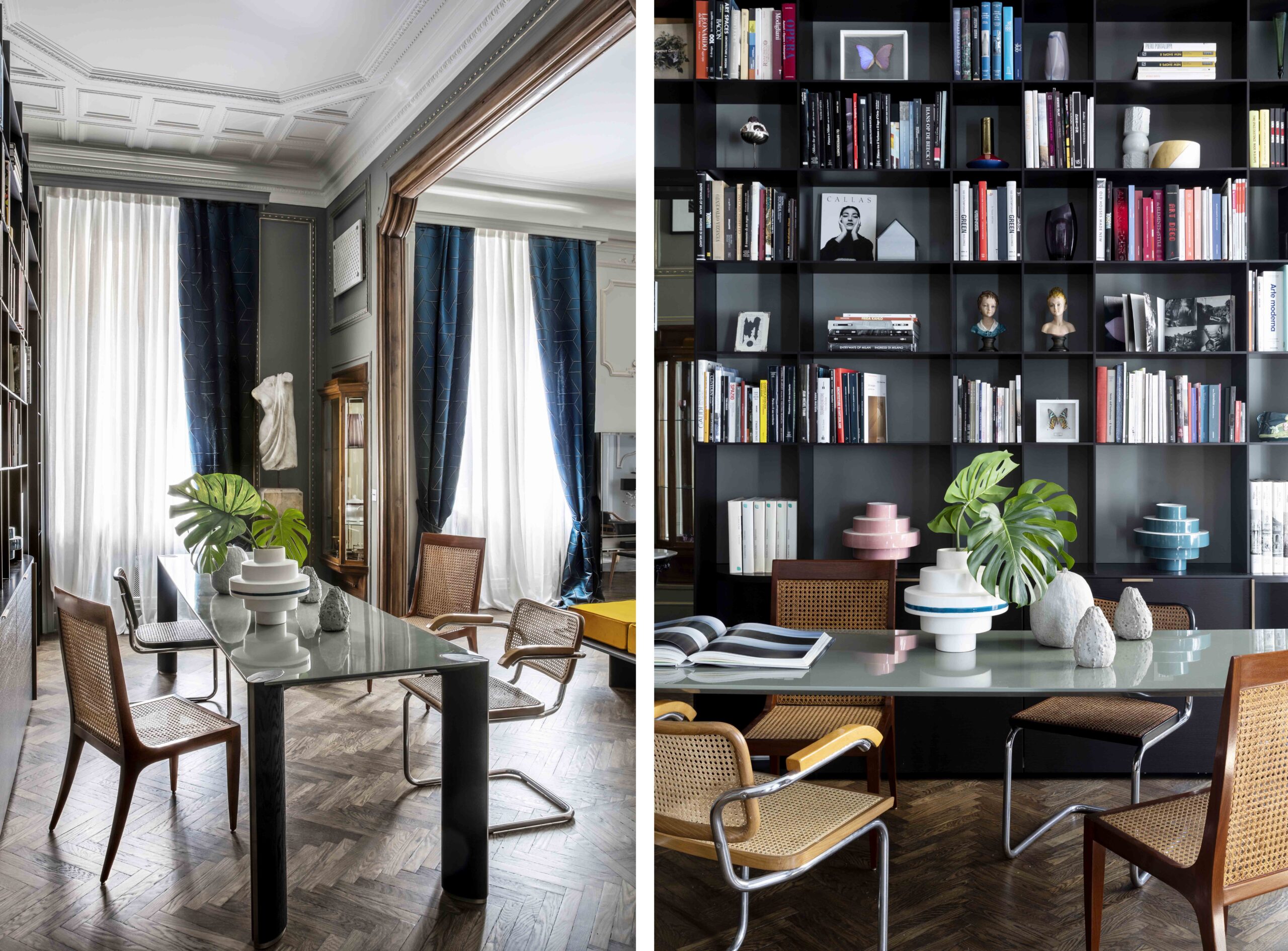 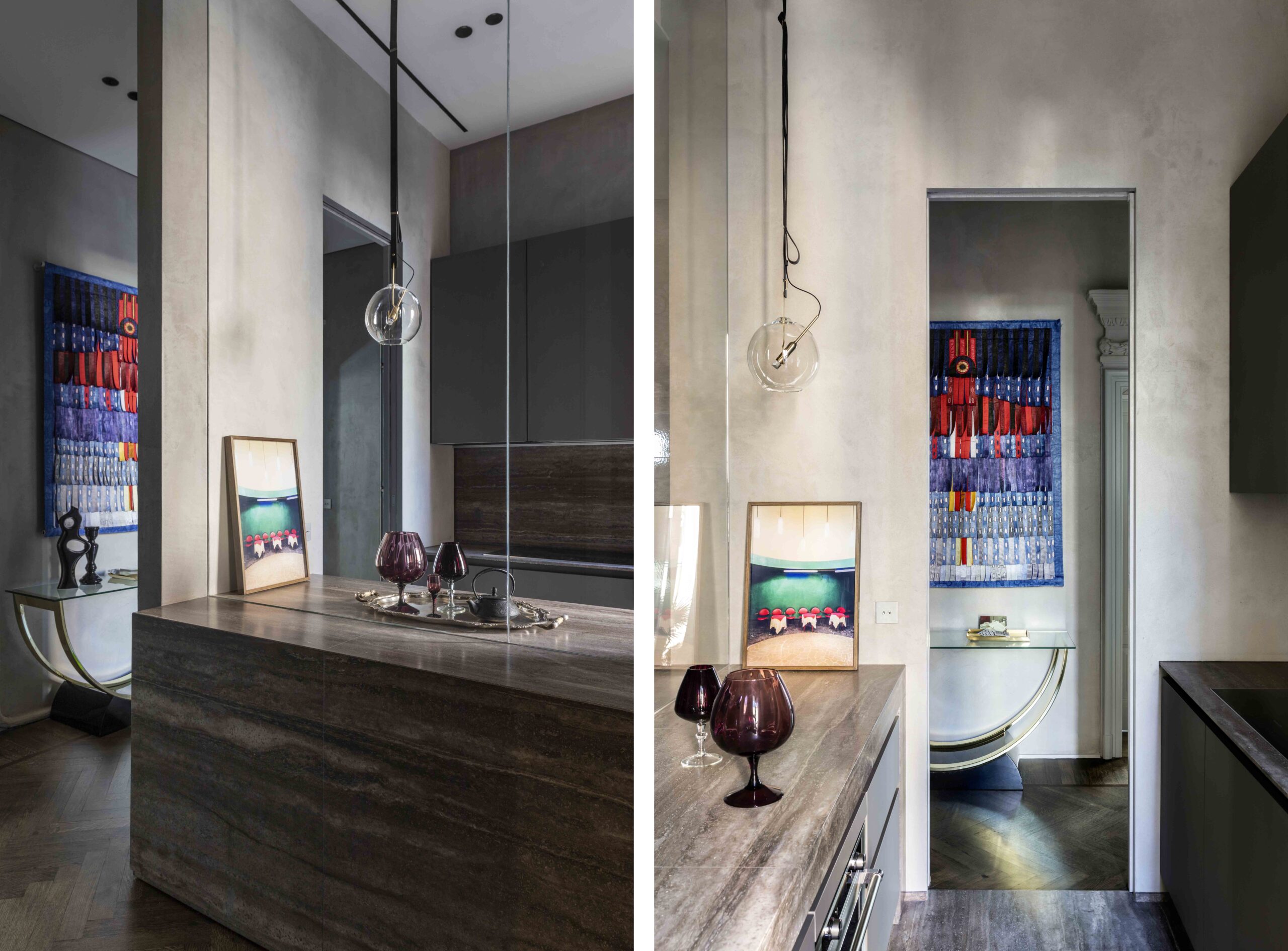 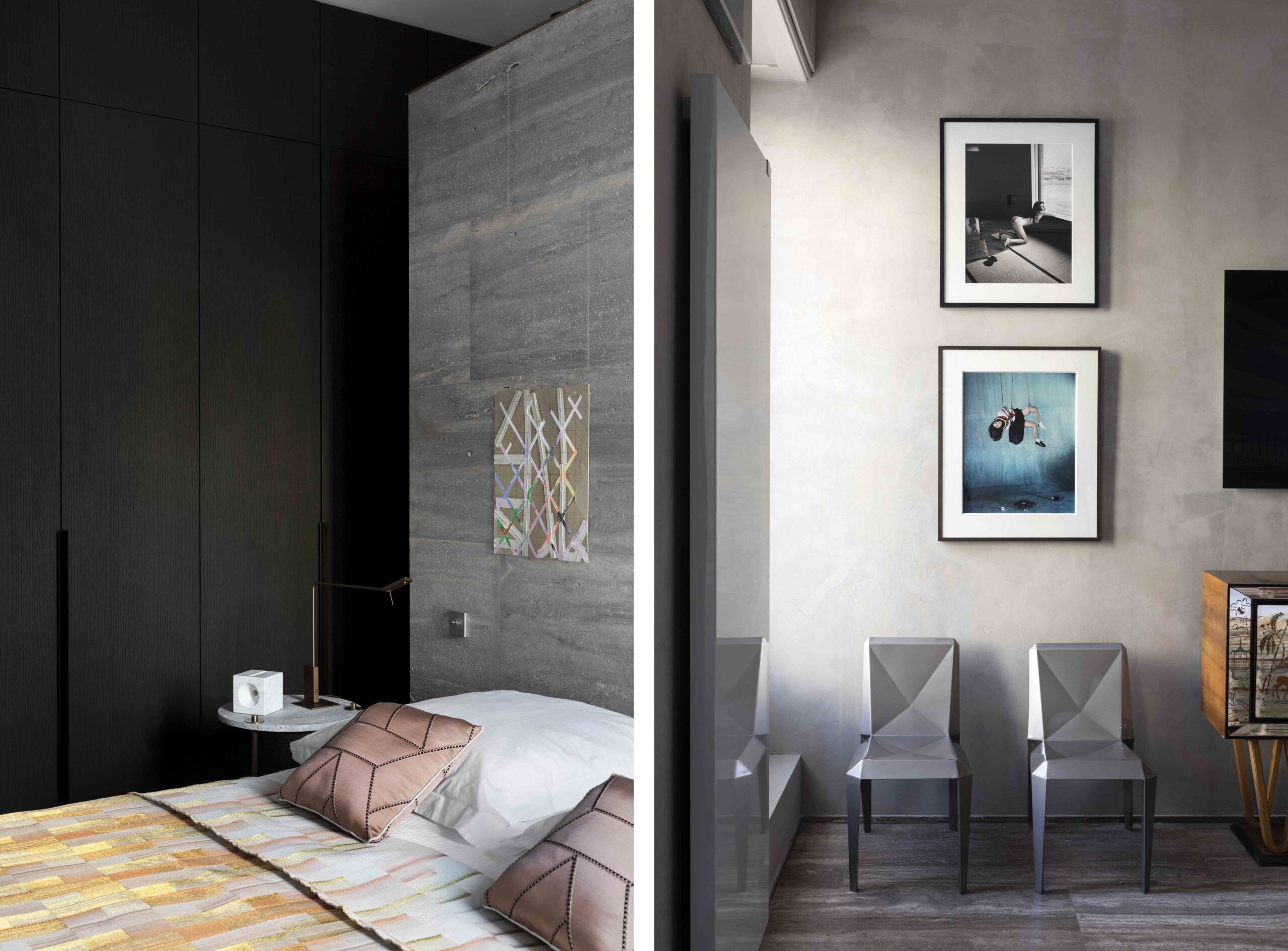 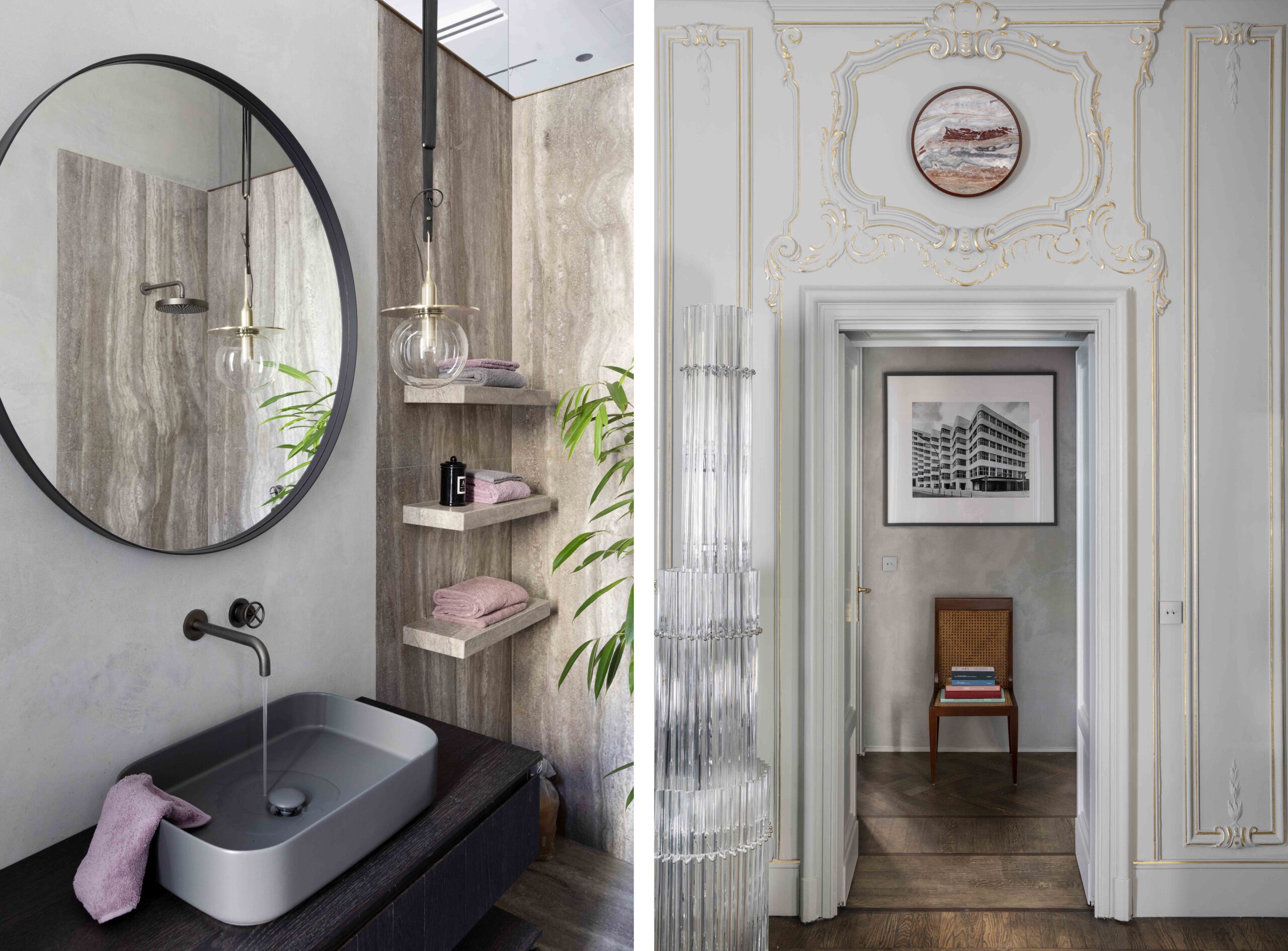 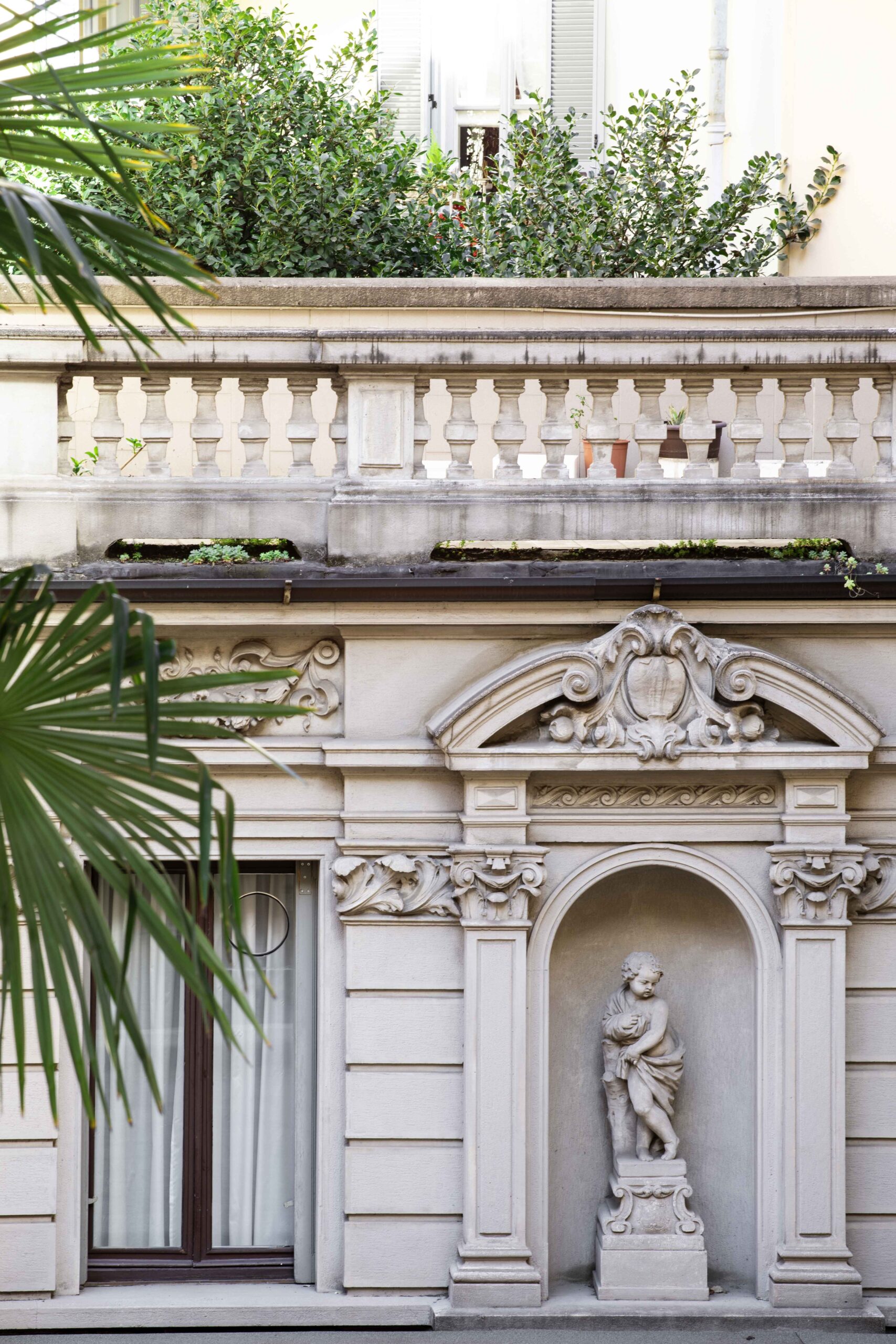 During an event at the furniture fair, I was very impressed by the shades of grey untravertine from Iran. I immediately thought it was wonderful, because it combined the beauty of the stone, with its characteristic veins and the colour of the concrete. When I saw the empty spaces of the apartment in Via Ruffini, previously used as offices, I immediately thought of that marble to be used as the main element to cover the entire portion of the house that needed a complete renovation, as it had no walls, with a part dedicated to the toilets of the offices, therefore totally incompatible with the new destination of private home.

The residence in which the architect Alessia Garibaldi decided to live, is located in a noble palace of the early twentieth century in Milan, a stone’s throw from Leonardo’s Last Supper in Piazza Santa Maria delle Grazie. The apartment of about 200 square meters has been divided into two separate units, respectively of 70 square meters and 130 square meters.

The latter was characterized by high ceilings and simple spaces, without internal partitions, except for an important hall with antechamber, characterized by the historical pre-existence of stucco on the walls, walnut frames, two showcases passing between the two rooms and a central fireplace in red marble. The historic part has been completely restored and enhanced, the old oak parquet has been patinated with a darker color, the walls painted in light gray for the living area and a darker color “mud” in the dining room. The old plaster frames were highlighted with handmade, well-calibrated gilding. In the dining room, the ultra-slim bookcase in dark bakelite designed by the architect contains two large mirrors that trace the previous pre-existence of the two doors that connected the old apartments.